The National Agency for Food and Drug Administration and Control, NAFDAC has expressed zero tolerance for any unethical act in the clearing of pharmaceutical products, saying any pharmaceutical importer caught with falsified NAFDAC documents will be made to face the wrath of the law.

In reducing the occurrence of fraudulent transactions in the industry, the agency has advised all importers and clearing agents to ensure that they complete every clearing transaction with NAFDAC up to the point of generation of NAFDAC electronic Release Notices.

Speaking in a virtual sensitisation workshop organised by the agency for stakeholders in the Export and Import Trade activities at the nation’s ports which included National Association of Chambers of Commerce, Mine, and Agriculture NACCIMA, Manufacturers Association of Nigeria MAN, Nigeria Customs Service, Standard Organisation of Nigeria SON and Multinationals amongst others; NAFDAC Director General, Prof. Moji Adeyeye, reiterated the stand of the agency against unprofessional acts. 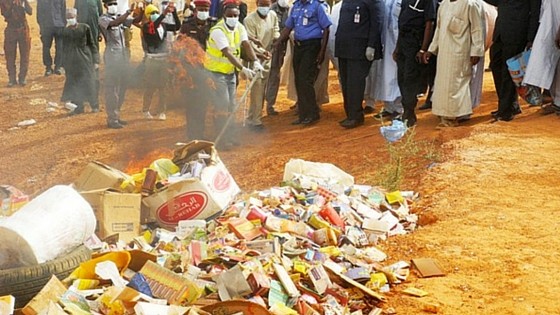 In a statement by the Resident Media Consultant to NAFDAC, Sayo Akintola on Sunday, 14 February 2021, Prof. Adeyeye, said: ‘’We shall take all legal means as an agency set up by the Law of Nigeria to prosecute any erring stakeholder’’.

She reiterated that NAFDAC would not tolerate any unprofessional act from any of its stakeholders be it importers or clearing agents. She added that the disturbing development where agents and possibly with the connivance of importers engage in falsification of NAFDAC documents will not be tolerated nor treated with kid gloves any longer.

Adeyeye urged importers to always ensure that they make it their responsibility to initiate clearance of their goods. The NAFDAC boss advised importers to desist from entrusting the entire process of clearance of their consignments to the agents, stressing that whenever the agents run into trouble with the regulatory authorities, they would always want to cut corners, leaving the importer in the lurch at the end of a botched transaction as a result of failure to meet the requirements of the Agency.

In minimising bottlenecks around registration of products, she said the agency has deployed various improvements in its processes that will ensure auto verification of documents presented to the agency during clearing and place in the hand of stakeholders the ability to verify the true status of clearance of regulated products.

‘’I am happy to state that from wherever in the world, you can process the clearance of your products with NAFDAC without visiting any formation of NAFDAC or Port offices.’’, she said, adding that there have been testimonies of persons in the United States, United Kingdom, India, South Africa who have processed their port clearance documentation with NAFDAC and released their goods without physically appearing at any NAFDAC office except where their clearing agent conducts physical inspection of the products at the ports – ‘’which is the only time you meet any officer of NAFDAC’’.

‘’Many in the past thought that this was not possible but today, we have done over 30,000 transactions released end – to – end automatedly on the PIDCARMS portal since 1st May 2020 till date. All these achievements could not have been achieved without the leadership of the directorate by Professor Adebayo who does not settle for mediocrity but driven for excellence’’, the DG enthused.

Present at the webinar were the duo of Comptroller General of Nigeria Customs Service, Col (rtd.) Hameed Ibrahim Ali and Director General of the Manufacturers Association of Nigeria MAN, Mr Segun Ajayi, who applauded the great initiative of the agency in curbing crimes in the industry. They are pledged their continued partnership with NAFADC with a view to safeguarding the health of the nation.