Worried by the perennial problem of open drug markets which have continued to thrive in the country due to high patronage from the citizenry, the Chairman, Pharmaceutical Wholesalers and Distributors Association of Nigeria (PWDAN), Pharm. Ernest Okafor, has called for urgent steps to be taken in addressing the issue, describing it as one of the major challenges confronting drug distribution efforts in the country.

Speaking with Pharmanews in a recent interview, Okafor also attributed the continued existence of the illegal markets to a lack of political will on the part of the government, saying not much has changed over the years, despite best practices required by the World Health Organisation (WHO).

The PWDAN chairman, who is also the managing director Nemitt Pharmaceuticals, however noted that the association had been doing its best to transform drug wholesaling and distribution in the country, stressing that it is no longer business as usual in the sector.

Below is the full interview:

What necessitated the establishment of PWDAN?

We discovered that, for several years, we had been talking about chaotic drug distribution, where some non-professionals handle the bulk of drug distribution in pharmacies in Nigeria and the attendant challenges. So, we professionals that are into distribution, decided to come together to change the narrative, trying to showcase the best practices and ensure that things are done normally.

What would you say are the challenges peculiar to the wholesale distribution pharmacy business in Nigeria?

The major challenge is the circulation of fake, adulterated and unwholesome medicines, which the World Health Organisation (WHO) has stated is on the high end in Nigeria and different governments have tried to tame it to no avail. Products that are meant to be stored under a reduced temperature are being stored under a high temperature, while products that are supposed to be refrigerated under a cold chain are being stored in a shop without temperature control, in variance to what the manufacturers specified.

Also, the products are not being distributed in an ambient condition. You will see some products being displayed in the open market or being hawked in the market, including biological products, under the sun. And you would discover that many a time, the label claim for that product in terms of efficacy is not being achieved.

Moreover, the pharma distribution system doesn’t contribute anything to the GDP of the country because there’s no analytics to pinpoint the turnover in that space.

There is a belief that the open drug market keeps thriving because there are some bigwigs behind it, do you also share this belief?

Yes, it’s a cartel. It’s a cartel in the sense that even some of them are big sponsors of some politicians and it didn’t start today. So, we discovered that it will be very difficult, unless government introduces some stern policies, we cannot surmount it. Some of them are sponsors and supporters of some state governors; so, unfortunately, it may remain with us.

Are you saying that we have to continue living with it?

We all saw the menace of motorcycle riders in Lagos. It took the government of the day the political will to come up with a timeline and enforce it, and the result is here for us to see. The same can be achieved as far as the open drug market is concerned.

What do you think the Nigerian government can do to help sanitise the drug distribution system?

The government has the agencies they have set out to police and regulate that sector, which are the PCN and NAFDAC. So, whatever the government is going to do, it has to go through these agencies. Although they are trying on their own, there is still much more to be done. They need to build capacity and infrastructure in order to achieve the desired result. The laws are there; it is left for them to be implemented. So with the robust strategies and ideas that they have, they need personnel and infrastructure to deliver optimally.

Unfortunately, NAFDAC is now a revenue-generating agency for the government. Rather than using the taxpayers’ money to regulate the system, they are turning the people they are supposed to regulate into money-making machines. So, in this case, we may not achieve much.

If you were to advise the administration of President Buhari on measures or policies that can help improve healthcare in Nigeria, what would be your advice?

My advice has to be holistic. When you are building a house and you want to add more structures on top, you have to look at the foundation. I would say the pharma sector in Nigeria started on a faulty foundation and that needs to be holistically addressed.

You would discover that the history of Pharmacy in the country and other parts of Africa started with a third party, where non-professionals were the ones that introduced western pharmacy before the coming of the organised professionals. So dislodging that old system has been the problem.

Coming to the wholesale distribution section, it’s just like the power sector of the country – the government has enough power generated and stored, but the problem is distribution because the transformers and the cables distributing this power are aged and need to be overhauled. That is exactly what is happening to the pharmaceutical distribution sector. It is time for us to dislodge the old practice of the open market system.

I am not saying that it is only the professionals that should be distributing medicines in Nigeria because, across the world, it is not like that; but they have guidelines, they have policies and they have best practices, that is what we are asking for. Drug is an item that best describes our practice as any healthcare that does not involve medicine cannot work. Doctors can analyse and do other necessary things, but without good medicine, it’s a waste of time. So the distribution of this important item is key; and its storage, as well as its handling, is key.

If a product is not well stocked, even if the expiration is five years, it can expire under a year because those chemicals that came together are reactive with themselves, depending on the temperature of the storage. So, what we are saying is that the open market should be dislodged and specifications on how pharmaceuticals should be distributed as in other climes should be entrenched in the country, if only government would have the political will to do it. That is what PWDAN wants.

What are the achievements of PWDAN in the last one year of its establishment?

Since the establishment, we have been working at the level of our individual practice to, as much as possible, practice ethically – bringing to the fore most of those things that are deficient in the Nigerian conventional distribution system, making sure that our pharmaceutical distribution environment is as ambient as possible.

Take, for example, where we are presently, which is miles away from the conventional open market settings. What PWDAN stands for is ensuring pharmaceutical supply chain integrity; that is, doing things the way they’re supposed to be done – the ambient temperature, the standard operating procedure and other things that portend best practices.

In the last one year of our establishment, most of our members have been inspected by NAFDAC on good distribution practices, prior to the benchmarking exercise that NAFDAC went through with the WHO. I am proud to say that PWDAN was part of it because the WHO came here and inspected and trained our members and inspected their facilities.

So, we keep on advocating by telling people about the best way to go about drug distribution and handle medicines.

How cordial is the relationship between PWDAN and other arms and interest groups of the PSN?

PWDAN is not an arm of the PSN; it is a corporate body that is registered on its own with the Corporate Affairs Commission. But its members are part of ACPN, an arm of the PSN. PWDAN membership is corporate membership, as we recognise individual pharmacists in the companies concerned. Before you become a member, we do a due diligence of inspecting your facility and ensuring that it meets up with our own Standard Operating Procedure (SOP).

Any company that has good practices, away from what is operating in the open market, can become our member; so we cannot say that PWDAN as a corporate entity is an affiliate of ACPN, but rather a trade group and an interest group.

What more should we be expecting from PWDAN in terms of ideas and innovations?

We are building structures and we are partnering, as well as collaborating. One of the projects we are looking at now is a platform where the stakeholders speak one common language. It is an e-commerce platform where all the players in the supply chain will come together, including the regulators because we need the data of all the products that are registered in Nigeria to be uploaded into the system so that we can have digital tools to identify these products. These are the things to identify the registered products from the unregistered ones.

At the same time, we will engage our customers and clients, who are the retailers, to be able to use our platform to order; while we will tell our regulator, the PCN, to help police the cyberspace so that we will be able to have a sanitised cloud to operate. In other words, we are carrying the practice to the cloud.

What is your message to Nigerians on PWDAN activities?

Our tagline is ensuring pharmaceutical supply chain integrity and we are poised to give Nigerians quality medicines, as we receive from the manufacturers. So we are saying the manufacturers should trust us to host their inventories. Also, the retailers, our customers and clients, should believe in us to give them what they need, as far as pharmaceutical product distribution is concerned in Nigeria. 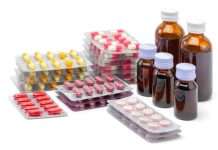