As at 2020, Nigeria’s population is estimated to be over 200 millon with over 40 million below 6 years of age according to Worldometer. That the trajectory of a nation is dependent on the quality of its human capital is not debatable. That the decisions taken by caregivers is in the best interest of children is non-negotiable.

That Children are the leaders of tomorrow is also not in doubt , but how prepared are they for the future?. Genetics and heritability can only partially explain variation in intelligence among children. 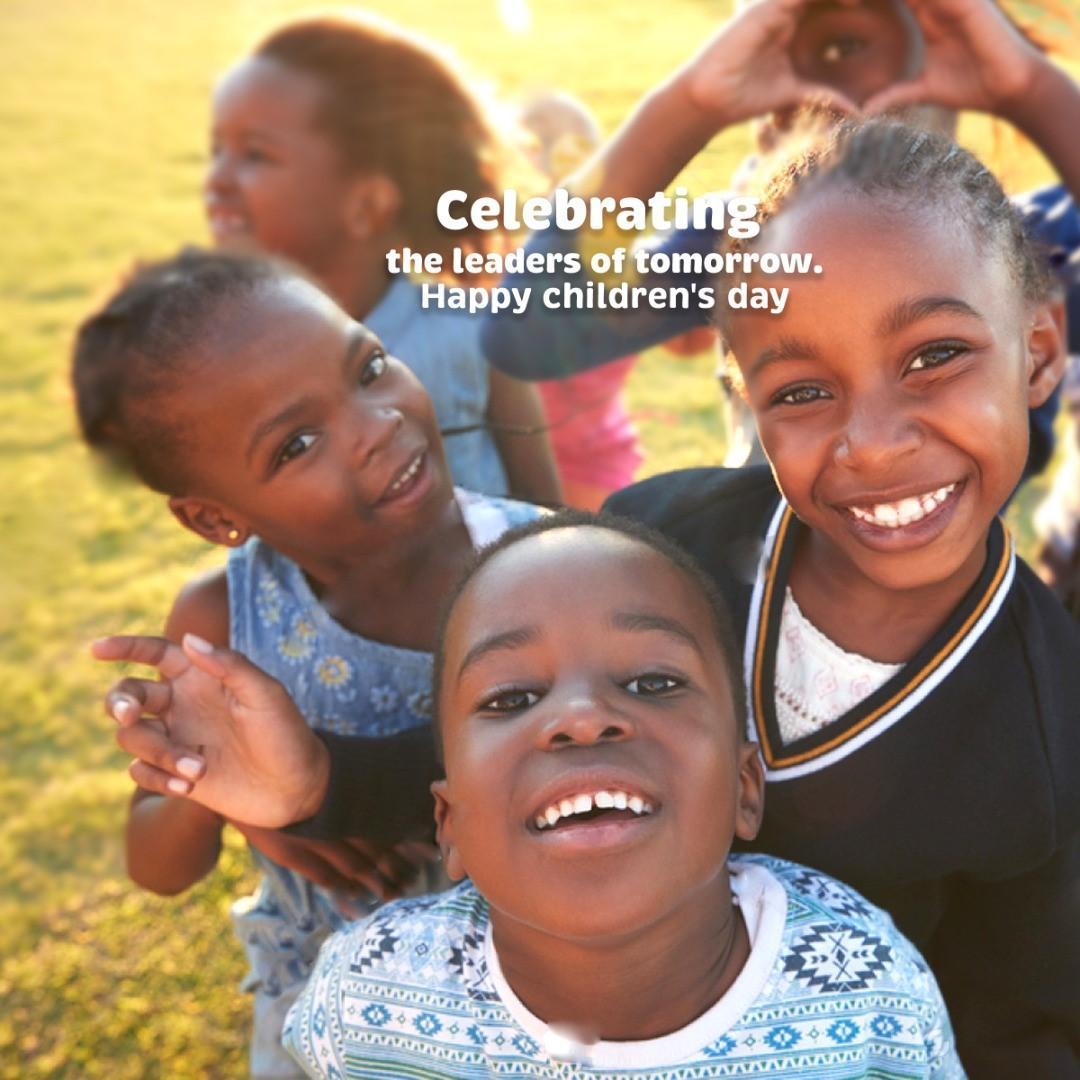 The genetic make-up of children dictates their phenotype yet epigenetics plays a role in the maximization of their genetic potentials. Nutrition is one of the most important epigenetic factors that can significantly affect brain development and behaviour.

Brain development is a protracted process that begins about 2 weeks after conception when the first cell differentiates and continues into young adulthood. Early childhood is an important time for synaptic development.

Different brain areas develop at different stages, and each area corresponds to cognitive functions such as language, reading, and memory. The parts of the brain responsible for simpler functions develop first.

Later, regions such as the frontal lobes, which control higher functions such as planning, sequencing, and self-regulation, develop. The basal ganglia, amygdala, and hippocampus, which are responsible for functions such as memory, emotion, and executive functions, develop into adolescence. 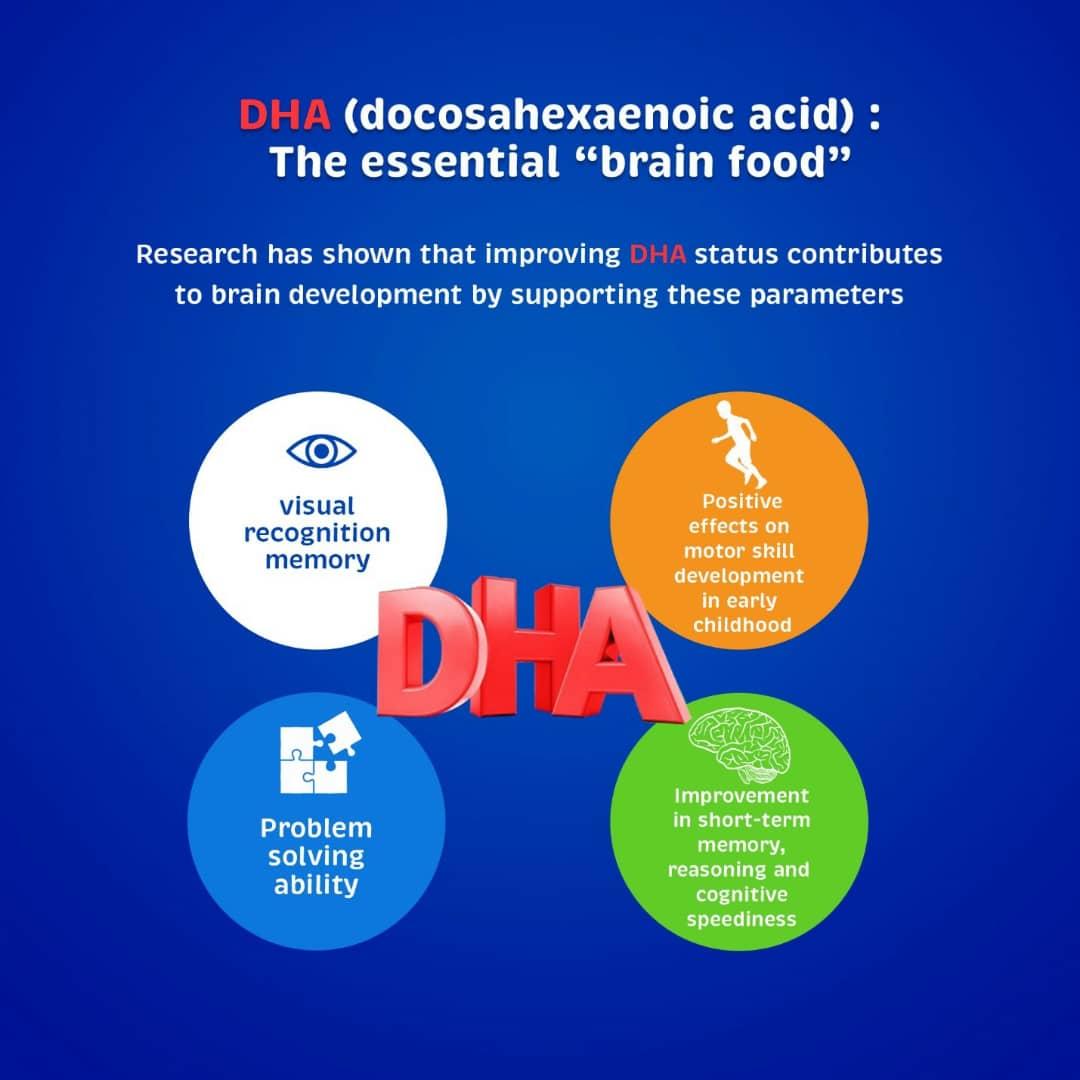 A preponderance of research on cognitive development in the past decade indicates the interest of all stakeholders in the maximization of the potentials of children in terms of enhanced cognition, mental acuity, and emotional well-being. The brain plays a key function in cognitive performance, and what we eat matters when it comes to brain development and cognition.

Brain development timelines
According to the Center for Disease Control and Prevention, the early years of a child’s life plays an important role in his future health and development. One of the main reasons is the speed of brain development during this crucial period- which begins before birth and continues into early childhood.

The development of the brain extends into adulthood, but the first few years build a foundation for learning, health and life success.
90% of brain growth and crucial aspects of its development occurs in the first 5 years of life.

This is a critical window of opportunity to maximize a child’s learning potential through nutrition. Nutritional inadequacies during this critical period of brain growth, often lead to irreversible cognitive deficits culminating in impaired work productivity in adulthood.

DHA, The essential brain food
Several nutrients in the diet are known to affect cognition and influence learning. However, DHA in particular is recognized as essential for normal brain function. The role of long-chain polyunsaturated fatty acids, specifically docosahexaenoic acid (DHA), in children’s neurodevelopment has been an innovative and exciting area of research over the past 25 years.

DHA is a major building block of the brain. It is the most abundant omega-3 poly-unsaturated fatty acid present in the brain and is found in oily fish such as salmons, sardines and tuna. Several studies suggest that higher maternal fish intake during pregnancy and lactation is associated with higher language and social skills, higher IQ, and more positive behavior in their children.

Most scientists agree that DHA plays an important role in brain development in a review of some 50 studies by McCann JC and Ames BN. This review concluded that higher DHA in children’s diets translates into better brain function, especially for cognitive and visual function which in turn translates into better school performance of children. Intervention trials done by MCNamara 2006 revealed that the amount of DHA is closely tied to intelligence and cognitive performance in infancy and childhood.

This has led to health authorities recommending a minimum intake of DHA from the diet. Therefore, efforts to increase the intake of DHA in children should be supported. While it can be synthesized from alpha-linolenic acid, another plant- based omega-3 fatty acid, this process is quiet limited and inefficient thus necessitating the need to consume it directly from food or supplements.

Worldwide, dairy plays an important role in nutrient security. However in some parts of Nigeria, children have little or no milk in their daily diet. A well-balanced growing-up milk can serve as a valuable addition to the daily menu and thus as a safety net, by providing a substantial part of daily-required (essential) nutrients including DHA.
Peak 456 Growing-up milk is specially formulated with DHA and other key nutrients to support brain development in children aged 4-6 years.

Children’s Day is celebrated on 27th May in Nigeria. It was established as a holiday in 1964. Now this is very instructive , as it means that children who celebrated the first holiday in 1964 are all over 57 years today, forming a significant number of the population today all things being equal. In essence what they are today, what they have done to contribute productively to the nation is dependent on many factors both genetic and epigenetic.

In the next 20 years the children between 4 to 6 years would be among the vibrant workforce of the nation making informed decisions that will set the pace for the next century. As this quote aptly captures, on this day marked to celebrate our children let us remember,

Immediately we place brain development and cognitive development of children at the fore, we would in one stride meet UNs SDG of Zero hunger, good health and Well-being and Quality Education with sufficient preparation for goals 8 and 9 which are Decent Work and Economic growth and Industry, Innovation and INFRASTRUCTURE respectively.

Until we mark the next Children’s day celebrations, let us make the brain development of our youngest generation a priority.