China’s drug regulator has approved the country’s first mixed-vaccine trial, a company involved in the study has said.

This study was coming as the rapid spread of the Delta variant raises concern about the efficacy of domestically produced vaccines.

The trial will test the efficacy of combining an “inactivated” vaccine made by China’s Sinovac with a DNA-based one developed by US pharmaceutical company Inovio, a statement issued on Tuesday said.

The statement was put out by Advaccine Biopharmaceuticals Suzhou, Inovio’s trial partner in China.

There are several types of COVID-19 vaccines, including those using an inactivated or weakened virus to generate an immune response, and more cutting-edge RNA- or DNA-based jabs that use engineered versions of the coronavirus’ genetic code to create a protein that safely prompts an immune response.

Five out of the seven vaccines approved in China are two-shot inactivated vaccines.

Their published efficacy lags RNA jabs by Pfizer-BioNTech and Moderna, which have pre-Delta success rates above 90 percent.

The World Health Organization has said there is still not enough data to say whether using two different vaccines together is safe or can boost immunity.

Inovio has not published any efficacy data from its global clinical trials. It is the first DNA-based vaccine to be trialled in China.

China is battling its worst coronavirus outbreak in months, with officials saying many of those infected had already been vaccinated.

This has added to calls for China’s two biggest vaccine producers – state-run Sinopharm and privately owned Sinovac – to provide data proving their jabs work against the Delta variant.

Beijing is yet to approve any foreign vaccines for domestic use. 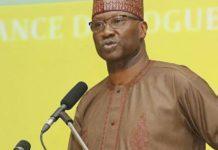