Col (Pharm.) Stella Nkiru Ibeh, is the managing director of the Nigerian Army Drug Manufacturing Company (NADMACO) Ltd. Born in 1973 to the family of Mr Sunday and Hajiya Habiba Ochu. She is an indigene of Abia State.

She attended Ahmadu Bello University, Zaria, for her  Bachelor of Pharmacy Degree, which she obtained in 1998. She also obtained a master’s degree in Pharmaceutics from the Department of Pharmaceutics and Pharmaceutical Microbiology of the same institution in 2009.

Ibeh had her first pharmacy practice experience as an IT student at the Ahmadu Bello University Teaching Hospital, Tudun Wada, Zaria in 1994. She also had a brief work experience in retail pharmacy at the Alfa Pharmacy and Stores, Sabon-Gari, Zaria in 1998.

She was commissioned into the Nigerian Army on 4 March, 2000, as a lieutenant and has steadily risen, while practising hospital and administrative pharmacy, to the rank of a colonel. She regularly participated as a volunteer in medical outreaches organised by the Nigerian Association of Physicians in the Americas between 2001 and 2003.

She is passionate about impacting lives and reaching out to the less-priviledged.  She is a member of many organisations, including Clinical Pharmacists Association of Nigeria (CPAN); the Nigerian Army Resource Centre and the Nigerian Institute of Management.  Her immense  contributions to her community  have won her several awards and titles.

Col (Pharm.) Ibe is happily married to Dr Godwin Joseph Ibeh and the marriage  is blessed with three lovely children. 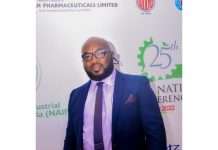 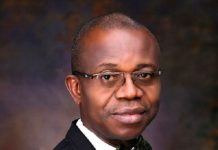