I first got to know Pharm. Ifeanyi Atueyi at close quarters in 1987, when he was the national secretary of the PSN. During the Annual National Conference of the PSN, which took place at the then Shukura Hotel, Sokoto, in November 1987, he virtually saved the conference from becoming a failure.  I was in attendance at the conference. The issue, if I can recall had to do with the conferment of Fellowship, which unfortunately had always been a hard nut to crack by every leadership of the PSN.

When I had the honour and privilege of serving as the registrar of the Pharmacists Council of Nigeria (PCN) from 2003 to 2012, we became closer. Immediately upon my appointment, I started the lecture series in honour of the late Dr Fred B. Adenika on the death anniversary of the latter, who had served as the chairman of the Governing Council of the PCN from December, 1999 to December, 2002, and who had died on 20 February, 2003 in faraway USA. 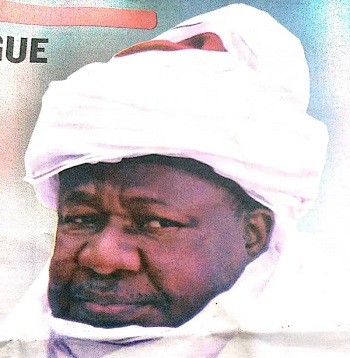 I was a member of the PCN Governing Council as one of the eight representatives of the PSN when the late Dr Adenika was chairman of the PCN. Pharm. Atueyi delivered the first lecture on 20 February, 2004 at the head office and registry of the PCN in Idu, Abuja. He followed up with management training as capacity building programme for senior and management staff of the PCN.

The series of lectures and management trainings that followed in honour of the late chairman of the PCN became one of the highly celebrated events in the calendar of activities of the PCN for the eight years that I served as the registrar. It was during the 2008 edition of the lecture, which had as the chairperson, Dr (Mrs) Stella Okoli, MON, the General Managing Director of Emzor Pharmaceutical Ltd, Lagos, that she threw a challenge to the PCN that a book on the late former chairman of the PCN should be written. Prof. ‘Fola Tayo was the keynote speaker for that year. That was how Pharm. Atueyi and myself started a series of meetings and telephone calls and planning for the collation of materials for the publication of the book.

It was while lodging at Sheraton Hotel in downtown Atlanta, USA, during the 2008 Annual Scientific Conference and Exposition by the Nigerian Association of Pharmacists and Pharmaceutical Scientists in the Americas (NAPPSA) which both of us attended, that we had enough time to further articulate the draft of the book at length.

On 20 February, 2009,the book: “EXCELLENCE IN PHARMACY PRACTICE IN NIGERIA – THE FRED ADENIKA LEGACY” was presented to the public and launched at the Nigerian Institute of International Affairs, Victoria Island, Lagos. Prof. Udeala of the University of Nigeria, Nsukka (UNN) and the first pharmacist to be appointed vice-chancellor in any Nigerian university, was the book reviewer. Ifeanyi Atueyi and I had earlier both travelled together in the same car  to Akure, the capital of Ondo State, the home state of the late Dr Adenika to invite the then Governor of the State, the late Dr Olusegun Agagu, to serve as the special guest of honour during the public presentation of the book.

In all these encounters with Pharm. Atueyi, I came face-to-face with a highly cerebral person whose passion for the pharmacy profession was immeasurable. I learnt a lot from him. Despite our age difference, he took me as equal, or at best a brother, with just a couple of years younger.

It was during the many interactions with Pharm. Atueyi that his (our) beloved mum died and the burial ceremony scheduled for his native Okija in Anambra State. I quickly jumped on the aircraft to Owerri in Imo State and by road to Okija to give Mama a final goodbye. I felt I must be there to support and comfort him, for the guidance and mentoring that he unknowingly imparted to me.

That was my first trip to Okija and to this day, I remain pleased with myself that I undertook what to me looked like an ordinary attendance at a friend’s mum’s burial. My attendance, as I got to know, meant a lot to Pharm. and Mrs Atueyi. He must have informed many persons at the slightest chance that I attended the burial ceremony of the late Mama Atueyi (may her gentle soul rest in perfect peace, amen) in Okija.

I later discovered that Pharm. Atueyi and Dr Leo Egbujiobi, one-time president of NAPPSA, are indeed related. There has been tremendous amount of respect between myself and Dr Leo and the realisation of the fact that he is indeed related to Pharm. Atueyi, further drew the three of us closer.

During the public presentation and launch of the 2nd edition of my book, “THE LIZARD SHAPE MODEL OF DRUG DISTRIBUTION IN NIGERIA”, in Ikeja, Lagos in February 2018, Pharm. Atueyi was in attendance and virtually turned himself into the master of ceremony to ensure the success of the event. The words of encouragement and support to me which he stated profusely during the event will forever be indelible in my mind and I remain grateful.

This article will be incomplete if I fail to link the heading to the person. Anyone familiar with Pharm. Atueyi, will not, but immediately notice the goodness in him, the humility, the charisma, but above all, as a person who always says the truth. Any discussion with him and the truth is not emphasised, he will quickly wash his hands away and will state so unequivocally that he’ll have nothing to do with it. That is the quintessential Pharm. Atueyi.

It has been an honour, a rare privilege, being in communication with this gem of a pharmacist and may the good Lord continue to grant Pharm. Atueyi long life in excellent health, added wisdom and economic prosperity. Amen.

Finally, may the ink of “PHARMANEWS” never dry. Amen.