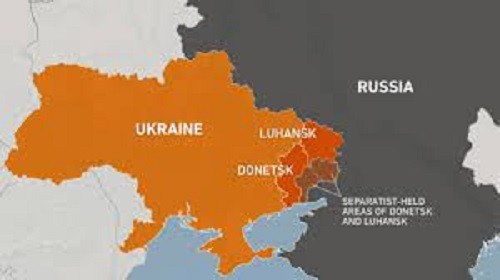 One of the major health concerns raised by the Russian-Ukraine war is the fear of a spike in the cases of COVID-19, especially in that region. Some experts believe that shifting attention to war, rather than to social development could spell doom for a country like Ukraine which is the underdog in the ongoing battle.

This fear notwithstanding, the global report card on the pandemic shows that the virus is waning in its spread. This is particularly evident in the relaxing of restrictions by many countries who had before now observed very strict guidelines, such as travel bans.

In Europe, there have been very positive official developments in response to the fall in cases of COVID-19. Sweden has finally removed the entry ban on non-essential travel from third countries, starting from 1 April. Latvia has said it will abolish entry rules that apply to travellers from the EU/Schengen Area and the UK from 1 April,  while the Canary Islands has also lifted all remaining local COVID-19 restrictions, since March.

Although it is unfounded to say that the pandemic in itself is a man-made phenomenon aimed at stampeding the world into unnecessary emergency precautions and trepidation, it can also be safely argued that the commencement of hostilities in the eastern-European region only coincided with the drop in covid-19 cases worldwide.

The foregoing can be supported with the fact that ever after the emergence of the Omicron variant, there has not been any other disturbing trend in the spread of the virus, signalling the idea that the pandemic has reached its peak and is now regressing.

In spite of these promising signs, it would amount to a disaster if the world assumes with a tone of finality that the dreaded virus has finally been nailed to its coffin. Those who are raising the alarm over the possibility of the Russia-Ukraine war triggering more COVID-related crises should not be seen as irrational or pessimists. Instead, they should be commended for putting the world on medical alert, bearing in mind the fact that viruses can resurge spontaneously without giving anyone a notice.

Some experts have noted that there are possibilities that COVID-19 cases in Ukraine could rise, largely due to the poorly vaccinated population in the country. It has been established that only 35 percent of the Ukrainian population has received two doses of a coronavirus vaccine, while the country has reported 112, 000 deaths from the virus.

Richard Horton, editor of the medical journal, The Lancet, believes that with the concentration of global attention on Russia, especially the imposition of sanctions by some nations, the needs of Ukrainians are neglected. “Amid the talk of punitive sanctions against Russia, the basic needs of the Ukrainian people are being overlooked,” he said.

The World Health Organisation has also raised concerns that the war and its handling may impact negatively on public health and the spread of COVID-19 in Ukraine. Speaking during a recent media briefing, WHO Director-General, Tedros Adhanom Ghebreyesus, said: “There is likely to be significant undetected transmission, coupled with low vaccination coverage that increases the risk of large numbers of people developing severe disease.”

A senior Fellow in the Carnegie Endowment for International Peace’s Russia and Eurasia programme, Paul Stronski, believes that the alarming number of people gathering in basements or on trains in Ukraine makes COVID-19 a major concern. “There was a war between Armenia and Azerbaijan in the first year of the pandemic, and we saw huge Covid-19 spikes in both countries afterwards,” he said. He also expressed serious reservations concerning “the humanitarian complications of COVID-19 in the cases of mass migration and sheltering underground in tight conditions.”