COVID-19 vaccines prevented 19.8 million deaths during the first year of rollout, and more could have been averted if additional people were inoculated, especially in low-income countries, according to a new study on the impact of immunization.

The modeling study, published Thursday in The Lancet, was carried out by researchers at the Medical Research Council Centre for Global Infectious Disease Analysis at Imperial College London in the U.K. According to a press release, it’s the first study to “estimate the impact of COVID-19 vaccinations on a global scale and the first to assess the number of deaths averted both directly and indirectly.”

The research covered 185 countries and territories whose populations were greater than 90,000 in 2019 and that had reported at least one death due to COVID-19 or one week when deaths were unexpectedly high compared with previous years. China was excluded “because of its unique position as the origin of the detected epidemic and its large influence on estimates of deaths averted stemming from its population size,” the study said.

India was the country with the highest number of averted deaths at 4.2 million, followed by the United States at 1.9 million and Brazil at slightly over 1 million. This is based on the study’s estimates of 31.4 million potential deaths if no vaccinations were carried out.

Oliver Watson, the study’s lead author, told Devex via email that the large number of averted deaths in India is due to its large population size.

About 15.5 million of the 19.8 million averted deaths were due to direct protection from vaccination, while the remaining 4.3 million were due to the reduced transmission of the coronavirus and improved access to medical care in countries seeing reduced pressure on the health care system.

Meanwhile, a further 599,300 deaths could have been averted if 40% of each country’s population was vaccinated by the end of 2021 — a goal that was set by the World Health Organization but not met. That includes 347,500 deaths in lower-middle-income countries and 200,000 deaths in low-income countries. A large proportion of those deaths occurred in WHO’s Africa and Eastern Mediterranean regions.

The researchers also modeled the number of prevented deaths according to officially reported figures. So if a country, such as India, sticks to its officially reported COVID-19 deaths, the number of prevented deaths changes. In the case of India, which has questioned the excess deaths estimate released by WHO, it would mean 3.4 million lives were saved instead of 4.2 million.

“[E]stimates of deaths averted are directly related to the source of deaths used and I think it would be fair to conclude that if country partners choose to report on the number of deaths prevented based on excess mortality, they are also choosing to report that excess mortality is more indicative of the true toll of the pandemic,” Watson said.

The study shows the benefits of vaccination but also highlights the fatal consequences of a lack of access. While experts say the supply of doses is now adequate to help nations vaccinate their populations, this was not the case in 2021, which was characterized by inequitable distribution and limited access for lower-income countries.

While “the intense focus on the pandemic has now shifted, it is important that we ensure the most vulnerable people in all parts of the world are protected from ongoing circulation of COVID-19 and from the other major diseases that continue to disproportionately affect the poorest,” said Azra Ghani, a professor and the chair in infectious disease epidemiology at Imperial College London, in the press release.

“Fair access” to vaccines means more than just donations, she said; it requires improvements in vaccine distribution and infrastructure, as well as in combating misinformation and improving vaccine demand.

To date, COVID-19 vaccinations continue to lag in many low-income countries. According to Our World in Data, only 17.8% of people in low-income countries have received at least one dose of a COVID-19 vaccine, with many nations yet to cover even 10% of their populations and thus expected to miss WHO’s 70% vaccination target set for the end of June.

But the focus has now shifted to getting these countries to reach their own targets and ensuring coverage for high-risk groups such as health workers, older people, and those with underlying medical conditions. COVID-19 vaccination efforts, however, face several challenges. The omicron variant has changed people’s risk perception of the threat of COVID-19, which likely needs to be addressed to increase demand for vaccinations.

Ted Chaiban, the global lead coordinator for the COVID-19 Vaccine Delivery Partnership, told Devex in early June about the importance of working with trusted community leaders to address the issue. 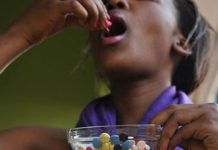 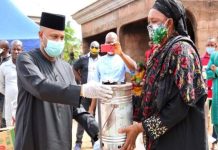 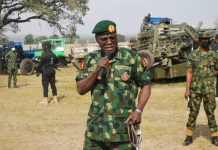