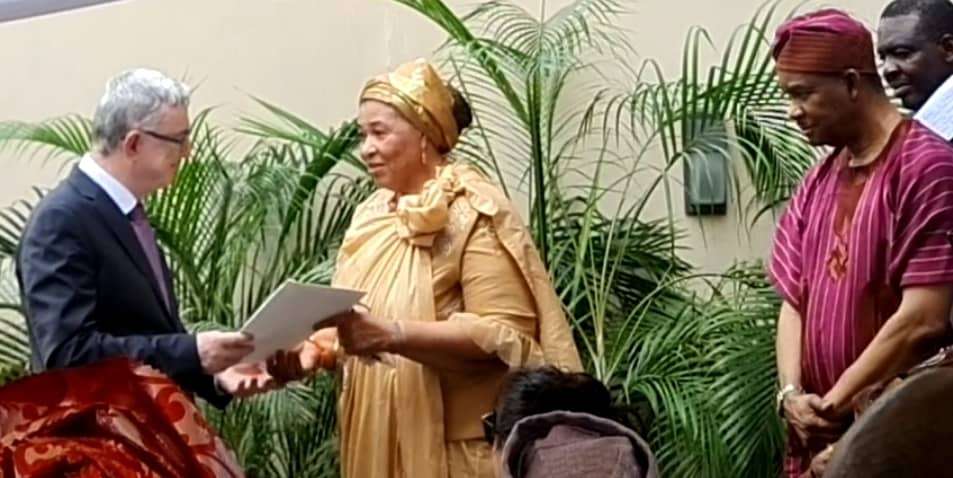 Pharm. (Dr) Dere Awosika, has continued to maintain and develop her late father’s relationship with Czechoslovakia as she gets appointed as Honorary Consul of Czech Republic.

Dr Awosika, daughter of the first Nigerian Finance Minister, Festus Samuel Okotie-Eboh, who was killed on 15 January, 1966 in the Nigeria’s first coup, has sustained the father’s interest in the country.

Mr Okotie-Eboh was recognised as a great figure of Nigerian politics and economics, which largely contributed to the country’s economic development.

In attendance at the ceremony were the President of Pharmaceutical Society of Nigeria, Prof. Cyril Usifoh and National Secretary of PSN, Pharm. (Prince) Gbenga Falabi, representing the Pharmacy family at the event.