The management of Shalina Healthcare has stressed the significance of talent discovery as one of the key elements to secure the future of the country, adding that away from the conservativeness to which the pharma sector is known, the company is breaking new grounds and thinking out of the box by encouraging new talents and rewarding them.

Speaking at the Unveiling and Prize presentation program for the winners of the second edition of the Shal’Artem Dance Challenge recently held at the corporate head office of the company, the Chief Commercial Officer, of Pharma Business West Africa, Arun Raj, noted that the contest is a social initiative primarily organized to raise awareness about malaria.

Speaking further, he said the company is a corporate entity that is poised to go the extra mile in giving back to the people and provide opportunities for its consumers to achieve their dreams, adding that the essence of the dance challenge is to ensure that majority of the people are aware that malaria can be kicked out within three days through Shal’Artem.

“The challenge is not just about giving prizes but driving the purpose of ensuring talents are discovered and well rewarded. Ordinarily, as a pharmaceutical company, we shouldn’t have anything to do with an idea like this, but we are raising the bar in corporate social responsibility”, he said.

He identified malaria as one of the deadliest diseases in the world, quoting available statistics, he said millions of people died of malaria in the world annually and 96 percent of the death is in Africa. “We are using this avenue to raise awareness and communicate to people on a better way to treat the disease”.

“We are therefore using Broda Shaggi’s popularity among the youth populace to create awareness and communicate to the public. At Shalina our mission is to save lives”, he said.

Speaking on the process of the challenge while unveiling the winners, the Brand Manager, Analgesic and Anti-Malaria,  Chiuba Nwaosu said the “4-week long challenge witnessed tons of entry every week where ten winners emerged every week for four weeks making a total of forty winners before they were streamlined into top ten.

According to him, “Last year we thought we have done it all, but this year, it is phenomenal. Entries were three times more than what we had in the previous year. In fact, we had a difficult job of picking the weekly winners as the country is blessed with a lot of talent. The final winners emerged after a series of online voting following the week 5 dance with an online poll contributing 50 percent of the vote and Judges accounting for the other 50 percent.

Beaming with smiles, a member of the @reflex studio team, Daniel Owoicho said; “it is a dream come true. I appreciate the organizers for providing the opportunity. I am very grateful to Shalina and feel privileged to have won the competition out of the different talents that participated. It’s not easy to emerge a winner.”

In his speech, the brand ambassador of Shal’Artem, popular comedian and skit maker, Samuel Animashaun Perry (Broda Shaggi), said; “Shalina deserves the commendation of all and sundry for creating a great opportunity for the teeming Nigerian youths to showcase their talents. It is also good to note that the company is doing it in a spectacular way by creating awareness about a disease like malaria, which is generally taken for granted, but very deadly. 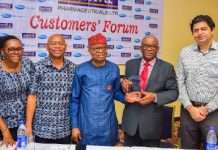 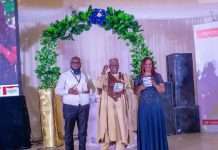