Community and Mobilisation Officer at Engender Health, Mrs. Amina Bala, says early marriage remains a major source of concern among rural communities of Zamfara, in spite of repeated sensitisation against the practice.

Engender Health is a non-governmental organisation funded by the U.S. Agency for International Development.

Bala made this known in an interview with the News Agency of Nigeria in Gusau on Sunday while giving an update on the state of Vesico Vaginal Fistula in Zamfara.

Vesicovaginal Fistula is an abnormal opening between the bladder and the vagina that results in continuous and unremitting urinary incontinence. 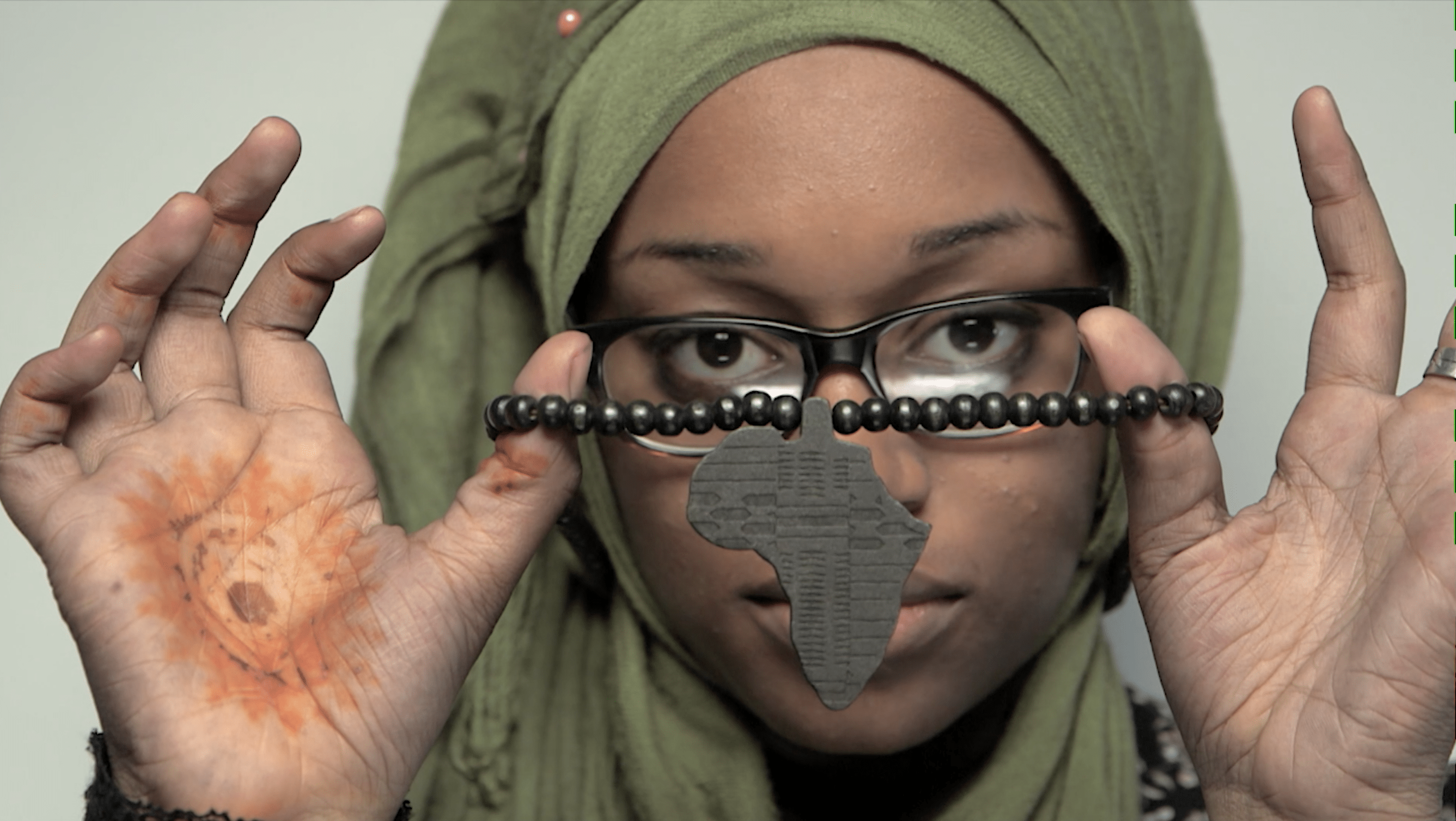 The entity is one among the most distressing complications of gynecologic and obstetric procedures.

The common causes of VVF are obstructed labour, early marriage, rape, poverty and women’s limited control over the use of family resources.

Women and girls with this gynaecological condition are often abandoned by their husbands and isolated from the community due to the smell and associated shame of urine leakage.

However, the condition can be corrected surgically, depending on the severity.

She added that the awareness campaign was a project introduced by an organisation known as Fistula Care Plus to reduce the occurrences of the disease and its effects on women and girls.

The Zamfara Coordinator of the VVF Programme, Hajiya Rakkiya Alhasan, said most VVF cases brought to hospital were girls between 16 and 20 years, “signifying that early marriage is still a challenge that needs to be addressed.”

She said between 20 and 30 patients were being admitted in a month, and 16 out of them undergo surgery as facilities could only attend to four people per week.

She, however, explained that stigma is no longer an issue as many people now understand that VVF is a condition that could be treated with surgery, “and many husbands now understand that they need to give their underage wives time to mature to become ready for pregnancy.”

Chairperson of Women for Women, an NGO in the state, Hajiya Lubabatu Ammani, stressed the need for government and well-to-do personalities to give more attention to problems facing women and girls.

Ammani said the group had been working toward finding relief for women in any form of hardship, not only for those suffering from VVF.

The chairperson said women and girls face many challenges apart from VVF, and called for collective efforts of stakeholders in dealing with the issues.

A cross section of women living with the condition at Farida VVF Centre, Gusau, expressed satisfaction with the management of the centre, saying that they received medical treatment and food, and were exposed to life skills that would make them economically independent.

In Kaduna, the Commissioner, Ministry for Human Services and Social Development, Hajiya Hafsat Baba, says the state has a burden of more than 20,000 VVF patients awaiting treatment.

Baba told NAN that every quarter, the state government, with support from the UN Population Fund, UNFPA, conducts surgery on 50 patients to rectify the anomaly.

She, however, said there was still a backlog of more than 20,000 patients awaiting treatment at the only VVF Centre in the state, located at Gambo Sawaba Hospital, Zaria.

The commissioner added that “if we repair 50 patients quarterly, it means we can only treat 200 in a year, representing 20 percent of the patients. This is not good enough.

“This is largely because at the moment, only one doctor is conducting the surgery. We need more medical personnel on this, considering the huge number of patients.

“We are currently making efforts to get more experts in the area so we can treat more patients, and at the moment, the centre can only accommodate about 30 patients due to the COVID-19 protocol.”

She noted that a budget line of N50m was created to cater for the health, skills and food needs of patients at the Gambo Sawaba Hospital VVF centre.

She explained that usually, the patients are first hospitalised for at least three weeks and provided with psycho-social support, followed by surgery and then rehabilitation for reintegration.

“We recently renovated the ward and a skills acquisition centre to help patients to learn some skills, including second chance education and other support to help them fight stigmatisation.

“We are also carrying out massive sensitisation and awareness campaigns on VVF so that other young girls that are suffering from the ailment can come forward to access treatment and psycho-social support.

“The state government is also working with stakeholders to ensure that early marriage, one of the leading causes of VVF in this part of the country, is discouraged,” she added.

Baba also said the free primary and secondary education declared by the state government were part of efforts to ensure young girls get the needed education and marry at a reasonable age.

She added that the government was also equipping health centres to provide pregnant women with quality antenatal care as preventive measure.

On her part, the Programme Coordinator and Head of Office, UNFPA Decentralised Office for Northern Nigeria, Mrs. Mariama Darboe, said the UN body was working with the Kaduna State Government to address the problem.

Darboe described VVF as “one of the most serious and tragic” childbirth injuries caused by prolonged, obstructed labour without access to timely, high-quality medical treatment, leaving women leaking urine, faeces, or both.”

According to her, VVF often leads to chronic medical problems such as depression, isolation and deepening poverty.

The coordinator said, “UNFPA, the lead UN agency that addresses sexual and reproductive health issues, is providing strategic vision, technical guidance and support, including medical supplies for the treatment of patients.

“The UN agency is also supporting government in training and capacity building for health workers, as well as funds for fistula prevention, treatment and social reintegration and advocacy programmes.

“We are also strengthening sexual and reproductive health care, including timely and quality emergency obstetric services to prevent fistula from occurring in the first place.

“This, we are doing through a mixed policy advocacy for the government to invest more in health service delivery to make sure that health systems are strengthened to prevent and provide treatment for VVF patients and rehabilitation.”

However, at the National Obstetric Fistula Centre in Katsina, popularly known as Babbar-Ruga, no fewer than 1,513 patients underwent surgery between January 2015 and December 2019.

Medical Director at the centre, Dr. Aliyu El-Ladan, told NAN that between 2015 and 2019, a total of 1,940 patients were admitted for surgery but that 1,513 underwent the operation and out of the number, 1,412 were successfully discharged.

El-ladan, who said that the centre had been upgraded to cater for the entire Northwest zone in the country, noted that from January to November 2020, the centre conducted surgeries on 334 women.

He said 244 of the surgeries were for VVF, 45 were Caesarean Section and 45 other types of operation.

“VVF surgery is free of charge, however, the centre will seek for permission to render services to other patients expected to pay certain amount of money,” El-ladan explained.

He said that the centre had constructed new maternity ward and modern laboratory to enhance service delivery; in addition to installation of ultra modern equipment and an inverter to ensure regular electricity supply.

He noted that the centre had competent biomedical engineers and other staff to handle newly installed equipment, saying, however, that the facility requires additional 100 staff for the new maternity ward.

According to him, the needed staff include medical doctors, nurses, pharmacists, medical records and anaesthetic nurses, among others.

He also said the centre, in collaboration with some NGOs, provided rehabilitation packages in form of skills acquisition materials to the discharged patients to enhance their living condition.

The skills acquisition materials comprised knitting and grinding machines, among others.

The medical director said some NGOs collaborated with the centre in conducting enlightenment programmes on the precautions and management of VVF, and solicited financial assistance for the centre to do more.