A public health expert, Dr Sam Awolola has declared his findings on improved new tools for the control of pyrethroid –resistant mosquitoes in five states of the federation which are: Niger, Kwara, Lagos, Osun and Ogun States.

Awolola, who is the Head of Public Health Department, Nigerian Institute of Medical Research (NIMR) disclosed his discovery on pyrethroid –resistant mosquitoes to the public and the press at the main hall of the institute on Tuesday.

According to the researcher: “Our research had tested and identified tools with improved efficacy. These include: “A new generation combination LLIN (PBO-LLINs) identified to have additional efficacy against pyrethroid-resistant mosquitoes in Niger, Kwara, Lagos, Osun and Ogun States.”

READ
Innovations in Drug Abuse: From Arizona to Colorado

He further revealed on the findings mentioning that a new generation indoor residual spraying (IRS) insecticides (pirimiphos-methyl(Actellic CS) and Ficam, have improved efficacy against pyrethroid resistant mosquitoes in Osun, Niger and Lagos.

The public health expert who put the burden of Malaria in Nigeria at 27%, explained how the rapid increase in the quantity of insecticides used for malaria control, due to the scale up of distribution of Long-lasting insecticidal nets (LLINs) had triggered significant insecticide selection pressure on malaria mosquito vector in country. 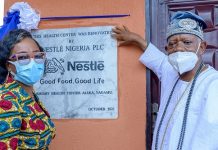 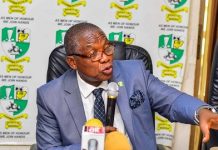