It may sound incredible to many people that potatoes can help them shed some weight. Being one of the most cheapest foods you find in the market, people are beginning to doubt it’s health benefits.

It has also been found that potatoes sometimes get a bad rap for being starch bombs, but they’re actually incredibly good for you. Here’s a primer on potato health benefits, as well as the best ways to prepare the vegetable to maximize its nutritional value.

Cynthia Sass, MPH, RD, a health editor said one medium baked Russet potato with the skin contains 129 calories, 4.6 grams of protein, no fat, and 37 grams of carbohydrate with about 4 grams as fiber which means the veggie is also loaded with nutrients, including over 30 per cent of the daily value for immune-supporting vitamin C. Plus.

She added that this means it has nearly a third of the daily target for potassium, a mineral that supports nerve, muscle, and heart function, as well as healthy blood pressure.

“Potatoes also provide B vitamins, vitamin K, iron, magnesium, zinc, copper, and manganese. Spuds are also rich in antioxidants, including phenols, carotenoids, flavonoids, and anthocyanin compounds, which are found in both the skin and flesh of the potato,” she explained. 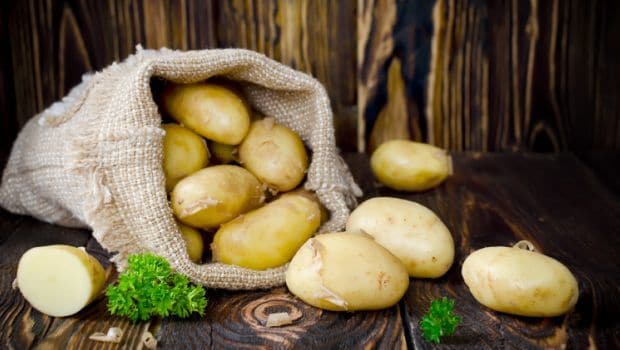 Sass noted that, potatoes of all varieties are healthful, particularly when consumed with the skin. “To expose your body to a broader spectrum of antioxidants, include potatoes of all colors, since each pigment is associated with different protective compounds,” she said.

According to a small 2019 study published in the Journal of Applied Physiology, the study shows the impact of potato purée verse a commercial carbohydrate gel during prolonged cycling.

The researchers found that both foods resulted in equal performance outcomes. If you’re looking for a whole food option to power your workout, consider nibbling on a handful of fingerling potatoes or a small to medium baked potato about 30 minutes before your sweat session.

They also found out that potatoes also supply resistant starch, a unique kind of carbohydrate that’s been shown to naturally up the body’s fat-burning furnace. Like fiber, you can’t digest or absorb resistant starch, and when it reaches the large intestine, it gets fermented, which triggers the body to burn fat.

“So to boost the content, allow your potatoes to cool to room temp before you dive in. You can also add leftover, refrigerated potatoes to garden salads or transform them into potato salad, dressed in mustard vinaigrette,” the research finds.

In addition to fat-burning resistant starch, potatoes may offer another benefit linked to weight control. Research shows that potatoes tend to be more satiating than other starchy carbs, such as pasta and rice. In one study, volunteers ate fewer calories when potatoes were consumed as part of a meal, even though there were no limits on portion size. In addition, the potato eaters did not compensate by eating more calories later in the day.

Research published in the journal Clinical Nutrition in 2020 looked at the impact of potatoes versus rice as part of a mixed dinner on post-meal and overnight blood sugar regulation in people with type 2 diabetes.

The potatoes were boiled, roasted and cooled. Each meal contained 50 percent carbohydrate, 30 percent fat, and 20 percent protein. Blood samples were collected from the volunteers before, immediately after, and then every 30 minutes for a couple hours.

The participants also wore a continuous glucose monitor as a way to assess glucose levels during sleep. The study found no significant differences between the potatoes and rice or between the potato preparation. The researchers concluded that potatoes are suitable for people with diabetes when consumed as part of a balanced meal and do not disrupt blood glucose regulation.