Dr Jide Idris, Lagos State commissioner for health, has taken a swipe at what he termed “too much concentration of pharmacists in urban areas.”

Addressing participants at the annual general meeting (AGM) of the Healthcare Providers Association of Nigeria (HCPAN), held recently at Lagos State University Teaching Hospital (LASUTH), Idris berated the preference of some pharmacists for urban areas without consideration for those living rural areas.

“There should be equity for all, especially people in rural areas because they equally deserve to have access to good health and quality drugs. But where they don’t have access, it is the responsibility of government to do so.

“We cannot say because pharmacists are concentrating more on urban areas, we should increase their cost of care. No, we need to sit and find a way to address it,” he said.

Outlining the criteria for membership of Lagos State Health Service Providers (LSHSP), the commissioner stated that every provider must be a CAC-registered legal entity, fully accredited by HEFAMAA and have a valid bank account with BVN.

However, in a swift reaction to the observation of Dr Idris, the Association of Community Pharmacists of Nigeria (ACPN), Lagos chapter, stated that the indictment of pharmacists by the commissioner was controversial.

Speaking with Pharmanews in an interview, Chairman of the association, Pharm. Abiola Paul-Ozieh, said: “I won’t say much for now. But I can say categorically that the comment attributed to the commissioner is not in good taste. Our interaction with his office shows lack of right intentions even towards the (same) rural communities.

“For instance, ask him how many clinics and hospitals are in the rural communities.”

“Which amenities are there?” he asked. “If you desire to have a pharmacy in rural areas, you will definitely need to have a generator, among others. Even here in the city, one of our members was recently shot as a result of running his pharmacy for during late hours.

“It is not just enough to say pharmacists should move into rural areas to set up, the government must create the necessary basic amenities. In Australia, for instance, the government gives out subsidy for pharmacies to open in rural areas,” he said.

Speaking further, Alkali explained that the association had encouraged members to open outlets in every capital city and local government area, as well as the rural areas for those who can afford it.

“After all, we are serving the general public,” he said.

The chairman also took a swipe at the National Health Insurance Scheme (NHIS) saying enrollees were being ripped off.

According to him: “All over the world, people are contributing for all the healthcare workers, not just the doctors. That is not the case in Nigeria. Here, we have certain draconian laws and selfish individuals at the helm of affairs.

“Secondly, let us not lose sight of the fact that many of those who site their premises in cities don’t get prescriptions. Even in my position as ACPN chairman, my registered premises is yet to get a prescription. There is serious corruption going on in the health sector,” he alleged.

Alkali however reassured that the ACPN was working assiduously with the Pharmacists Council of Nigeria (PCN) to enact a law that would see pharmacies having satellite outlets in rural areas.

He noted that the satellite pharmacy concept is one that will make pharmacies situated in urban areas have satellite outlets in rural areas. It is also expected that pharmacists who are not permanently resident in the area would embark on supervisory visits from time to time.

“This is to ensure that things are being done properly. Pharmacists who can afford to stay in such rural areas will be encouraged. But the least qualified personnel required to man those satellite centres are pharmacy technicians who have gone through basic training.

“It is not that we (community pharmacists) are insensitive to operating in rural areas. However things should be done properly. Before we reached the decision, our colleagues in hospitals, companies and industries were duly consulted,” he explained. 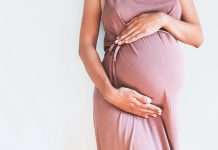