The Association of Hospital and Administrative Pharmacists of Nigeria (AHAPN) has urged the Federal Government to as a matter of urgency wade into the anomalies in the nation’s health sector, particularly as regards the alleged opposition of the Nigerian Medical Association (NMA) to the proposed salary adjustment for other healthcare workers, as obtained by JOHESU recently.

AHAPN in a rejoinder addressed to the Minister, Federal Ministry of Labour and Employment, and signed by the National Chairman, Pharm. Martins Oyewole, and the National Secretary Pharm. Jelili Kilani, had alleged that the NMA was trying to scuttle government’s plan to increase the salary of healthcare workers, insisting that the proposed increment must be spread to their members also, else it would not materialise.

The letter reads in part :”Our association all along has been operating under the banner of the Assembly of Healthcare Professional Associations (AHPA), the professional arm of the Joint Health Sector Union of Nigeria (JOHESU), in the absence of an official trade union.  Our members heaved a sigh of relief upon being informed of few concessions that JOHESU had extracted from the Federal Government in the course of the ongoing strike action called by JOHESU. To our greatest surprise however, it came to our notice that the Nigerian Medical Association (NMA) is opposed to any form of salary adjustment for other healthcare workers that will not include them”.

However, the purported letter of the NMA to the Minister of Labour and Employment, did not overtly condemn the salary increment for JOHESU members, but indirectly insisted that such benefits should be extended to doctors across the nation, for it to be successful.

A portion of the NMA’s letter as quoted by AHAPN reads: “The NMA is not opposed to any salary review, adjustment or increase for JOHESU members or any other worker for that matter provided that the same rate applied to CONHESS is applied to CONMESS to sustain the principle of relativity agreement as signed between the Federal Government and NMA on the 2nd of January, 2014.

“Consequently, the NMA is again advising JOHESU to seek for salary review/ increase/ adjustment. We are resolute on this advice. The cost implication for adjusting CONHESS and applying the relativity rates to CONMESS after adjusting CONHESS is estimated to be twenty one Billion, seven hundred million (N21.7Billion) Naira only –N8.7 Billion Naira and N13Billion Naira for CONHESS and CONMESS respectively”.

Going forward, AHAPN has called the FG to disregard agitations from the NMA and do the needful, as every association has the right to seek government support for its members.
“We are of the opinion that government for once should call the bluff of NMA and pay healthcare workers the agreed salary increment. NMA alone does not enjoy monopoly of strike. If NMA can go on strike and paralyze the health sector, other healthcare workers can equally go on strike and achieve same effect, (sadly though) as the current JOHESU declared strike action has demonstrated.

“The unfortunate aspect of all these is the attendant avoidable loss of human lives, in disregard of their Hippocratic Oath. The NMA has become an anti human organization known for instigating strikes in public health sector and repressing other healthcare professionals through the use of arm twisting tactics in connivance with doctors in government”.

The health workers have also alleged discrimination by NMA against the appointment of their members as consultants, to be receiving specialist allowance, stating that they are not useful in patient care as physicians may not need their services.

“The Federal Government should discountenance the NMA and go ahead and appoint duly qualified clinical consultants from other professions, including consultant clinical pharmacists, and post them to hospitals to boost medical practice and encourage medical research. That way, before long, medical tourism will be booted out of Nigeria”, the letter reads. 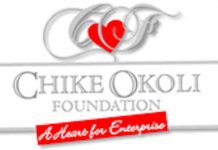