Are you battling with diabetes, hypertension, obesity, kidney stones, infections or bad cholesterol? Now you can heave a sigh of relief because a landmark discovery has been made by a group of Nigerian researchers that will interest you.

The scholars found out that consumption of coconut and its extracts causes a release of certain phytochemicals that cleanse and aid kidney function, dissolve kidney stones, produce anti-cancer and hypoglycaemic effects by balancing blood sugar, lower risk of heart disease and improve blood cholesterol level.

To understand what makes the coconut so highly valued, some additional details will be provided here.

The coconut palm is popularly referred to as the “Tree of Life” for its high value as both a source of food and medicine globally. Coconut is botanically called Cocosnucifera. Early Spanish explorers called it coco, which means “monkey face” because the three indentations (eyes) on the hairy nut resemble the head and face of a monkey. Nucifera means “nut-bearing.”In Nigeria, it is called agbon among the Yorubas, kwakwa in Hausa and aki-oyibooraki-gbekein the Igbo speaking areas of the country.

Coconut provides a nutritious source of meat, juice, milk, and oil that has fed and nourished populations around the world for generations. On many islands, coconut is a staple in the diet and provides the majority of the food eaten. Nearly one third of the world’s population depends on coconut to some degree for their food and their economy. Among these cultures the coconut has a long and respected history.

Coconut is highly nutritious and rich in fibre, vitamins, and minerals. It is

classified as a “functional food” because it provides many health benefits beyond its nutritional content. Coconut oil is of special interest because it possesses healing properties far beyond that of any other dietary oil and is extensively used in traditional medicine among Asian and Pacific populations. Pacific Islanders consider coconut oil to be the cure for all illness.

People from many diverse cultures, languages, religions, and races scattered around the globe have revere the coconut as a valuable source of both food and medicine. Wherever the coconut palm grows the people have learnt of its importance as an effective medicine. For thousands of years coconut products have held a respected and valuable place in local folk medicine.

A medical review recently carried out at the Department of Physiology, Faculty of Basic Medical Sciences, Delta State University, Abraka, Delta state, Nigeria, further confirms the medical potency of the coconut. In the report titled: Cocosnucifera (Coconut) Fruit: A Review of its Medical Properties, the author, Victor Emojevwe, reveals how different studies showed the hypoglycaemic effects of coconut husk extract on 20 alloxan-induced diabetic female rats randomly grouped into two (n=10). Emojevwe said the extract of coconut husk was obtained by cooking the husk in boiling water for 45 minutes in a gas stove flame at a 100 degree Celsius and the fluid was filtered out and kept as the tea for the experiment. The control group was given 2 ml of 0.9 per cent (normal) saline daily and group 11 was given 2 ml of the coconut husk tea only daily by Oro-gastric tube and random blood sugar was measured daily in the rats.

According to the reviewer, at the end of the experiments, the animals were sacrificed and the pancreas harvested and histopathological slides made. In the treated diabetic rats, blood glucose levels were significantly reduced (p < 0.05) on consumption of the Cocosnucifera husk extract. The weight also reduced. The histopathological study showed some regenerative ability in the rats that received the extracts (coconut husk tea). He therefore concluded that Cocosnucifera husk tea had significant hypoglycaemic and anti-diabetic effects inalloxan-induced diabetes.

Coconut water beats dehydration and is an excellent electrolytes replacement. It contains more electrolytes than most sports drinks and more potassium than banana. Besides that, it is naturally sterile making it safe to drink even without undergoing water purification treatments. The coconut water is said to aid in exercise performance and reduce swelling in hands and feet.

READ
The Nutritional Status of Nigerian Children: What Needs to Change

Since the coconut has several healthy extracts like the water, oil, husk, bark, and others, the Coconut Research Centre, an educational website, has also established the medicinal benefits of coconut oil to the human system. It is said to contain fatty acids, Lauric, Caprylic, and Capric. Aside from its many non culinary uses, such as a hair conditioner or health supplement, it is frequently used as a cooking ingredient. It can be used in the same applications for which most other oils are used – pan frying and deep frying – but it can also be added directly to food, similar to the way one would add olive oil to bread or a salad.

The coconut oil is notable for its anti-microbial properties that fight off bacteria, viruses, and fungi, and has been used for medical purposes in tropical countries for centuries. Recent studies have even shown that the use of coconut oil helps the body and skin to heal and repair faster protecting it from deadly disease.

According to the Coconut Research Centre, coconut possesses many health benefits due to its fibre and nutritional content, and its oil makes it a truly remarkable food and medicine. Once mistakenly believed to be unhealthy because of its high saturated fat content, it is now known that the fat in coconut oil is a unique and different from most all other fats and possesses many health giving properties. It is now gaining long overdue recognition as a nutritious health food.

READ
The Nutritional and Health Benefits of Cocoyam

“The size of the fatty acid is extremely important. Why? Because our bodies respond to and metabolize each fatty acid differently depending on its size. So the physiological effects of MCFA in coconut oil are distinctly different from those of LCFA more commonly found in our foods. The saturated fatty acids in coconut oil are predominately medium-chain fatty acids. Both the saturated and unsaturated fat found in meat, milk, eggs, and plants (including most all vegetable oils) are composed of LCFA.”

The research site further distinguishes MCFA from LCFA, stating that they do not havenegative effect on cholesterol and help to protect against heart disease. MCFA help to lower the risk of both atherosclerosis and heart disease. It is primarily due to the MCFA in coconut oil that makes it so special and so beneficial.

Studies on individuals with dry skin show that coconut oil can improve the moisture and lipid content of the skin. Coconut oil can also be very protective against hair damage as one study shows effectiveness as sunscreen, blocking about 20 per cent of the sun’s ultraviolet rays.

Another way to derive benefits from coconut oil is using it like mouthwash in a process called “oil pulling”, which can kill some of the harmful bacteria in the mouth, improve dental health and reduce bad breath. 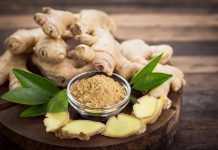 5 Major Reasons You Should Have a Glass of Ginger Water 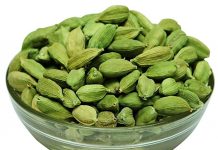