“The brain does not tell a lie, it is the mouth that does”.

Pay attention to the content of any Freudian slip when it occurs because research has shown that it’s a way the truth slips out of the mouth. This technique was named after a psychiatrist, Sigmund Freud. He is the father of modern psychotherapy who believed that when people repress their true feelings and beliefs, they will come out in odd ways. This is because when a person conceals his or her emotions or represses them from being expressed, stress hormone, known as cortisol, builds up in the body system, causing the body to respond involuntarily when least expected. Freudian slip is an indication of what is really on your mind because, as I said earlier, the mind is not so good at telling lies, only the mouth is.

Not all Freudian slips serve as leads to the bigger picture, however.  What is important for you to know at this stage is that, while asking someone a probing question or you are trying to investigate something, be alert enough to refer to the Freudian slips that result from such conversations, especially if there is a deviation from the baseline.

People who stammer or have low vocabulary power, are more susceptible to Freudian slips. Therefore, you need to be cautious of the context within which the Freudian slips occurs.

This is one of the simplest, yet highly effective techniques, used by deception experts to fish out liars or deceptive people. Unfortunately for me, while I was trying to illustrate this technique during one of my training sessions with a multinational client, I picked one of the senior management officers to demonstrate the effectiveness .

So, I asked him to let us all into his activities in a stepwise manner for that day up until he came into the seminar room. The manager constructed a very pious series of events that got everybody excited. However, the bubble burst when asked to give the same account from the end back to the beginning this time around.

It was such an embarrassing situation because he not only struggled with this exercise, it became clear that he made up the bulk of the story to win the admiration of his colleagues at the office who were present at the seminar.

I also learnt a lesson that day. I could only be grateful to God that it was not the human resource manager or the CEO that such a thing happened to. Maybe I would just have received an email from that organisation for subsequent events in the usual cliché sent to many prospective clients, “We will get back to you”. End of story.

How was this guy caught? It is quite simple. There is something you should never forget as a potential deception detection expert. It is that “The truth is constant in the memory, no need of serious rehearsal”.

If actually you were involved in the process of carrying out a project or an assignment, you need not struggle to describe what happened. At least, the key highlights of that event must be fresh in your memory sequentially, especially if the event in question was recently done.

Anytime you suspect that any of your subjects is lying to you about the full details of an event, get them to tell you what happened from A to Z, i.e from the beginning to the end; then almost immediately, let them repeat the same story but this time from Z to A, which is from the end to the beginning. Give a little allowance for a bit of stalling, which is natural. If the fellow stalls for too long or frequently starts and stops, or totally pulls out, he is a liar.

When it concerns narration of an event that happened in the past, one sign that shows a person is telling the truth is that, occasionally, such a person employs the use of filler words and pauses while speaking, because of the need to recollect the information from memory. This makes sense because the event took place a long time ago. If the event was recent, it is understandable if the narration is nearly flawless. However, it is not uncommon for a person who is trying to avoid certain probing questions to ask that a question be repeated a second time as a stalling technique to prepare his answer.

Another subtle way that stalling is done is by answering a question with another question. All these are red flags of a deceptive person. However, as usually advised, before you record success with this method or technique, get the baseline characteristics of the fellow.

Don’t miss the next edition.

Culled from the book,“How to catch a liar without polygraph” 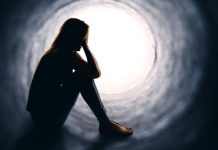