The Independent Corrupt Practices and Other Related Offences Commission, ICPC, has inaugurated the Pharmacy Council of Nigeria (PCN) Anti-Corruption and Transparency Unit (ACTU). The inauguration, which took place at the weekend, was held at the PCN head office, in Abuja.

This is in compliance with the approval of the Federal Executive Council (FEC) in 2001, and the subsequent directive of the Office of the Head of the Civil Service of the Federation (OHCSF) directing government agencies to establish and fund the operators of ACTU in their organisations.

In a statement made available to Pharmanewsonline on the development,  the Chairman, of ICPC, Prof. Bolaji Owasanoye, was represented at the event by Mr Olayinka Aiyegbayo, head, of Corruption Monitoring and Evaluation Division, ICPC, said the event was auspicious as it sets the ground for the nominees into ACTU to commence their strategic functions.

He further stated that ACTU serves as an in-house check mechanism in MDAs against corrupt and unethical practices. He implored the PCN ACTU to work zealously and7` efficiently in discharging the mandate that has been given to them, not to betray the confidence reposed in them, and to also avoid any questionable act that brings to question the strategic role given to them.

He charged them to play their roles while bearing in mind that they are not set up as a parallel authority to management.

In addition, he expressed gratitude to PCN for making the event a reality and affirmed the commission’s belief that the relationship between ICPC and PCN will continue to wax stronger for the overall good of the public service and our great nation.

On his part, Registrar, PCN, Pharm. I. B. Ahmed,  assured the commission of cooperation and compliance, noting that the inauguration is timely as it re-enforces the agency’s resolve and determination to build a corruption-free regulatory environment, which they have been known for over the decades of Pharmacy regulation in Nigeria.

The ACTU is established by ICPC to complement the efforts of the commission in the area of prohibition and prevention of corruption in MDAs.

The PCN ACTU members were sworn in by Barr. Adebimpe Abodunrin, as they took the oath of allegiance. 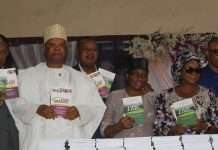 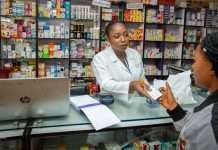 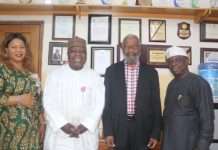