Following the recent closure of six pharmaceutical companies by the National Agency for Food and Drug Administration and Control (NAFDAC) over alleged failure to comply with Good Manufacturing Practice (GMP) regulations, the agency has issued a strict warning to the affected companies not to attempt reopening their facilities without approval, stressing that such may aggravate their penalties.

The agency further disclosed that its officials are keeping constant surveillance on the six companies based on the written agreement signed with them, warning that any attempt to violate the closure order might lead to worse sanctions. 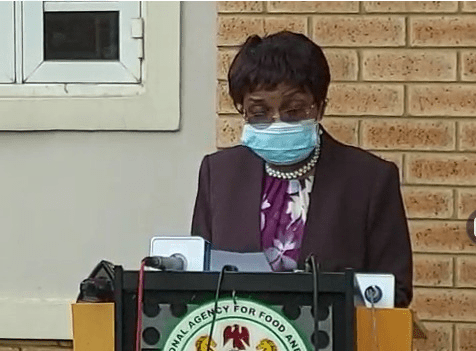 “The companies are placed under strict written commitment not to violate closure order as they are fully aware that the consequences of re-opening without approval far outweigh the temporary closure, as they run the risk of permanent closure, de-registration, blacklisting and prosecution,” it stated.

Speaking in an exclusive interview, the Director General, NAFDAC, Prof. Moji Adeyeye, explained how the defaulting companies had been served notice of upgrading of their facilities for almost two years without their acknowledgement of the notice nor submission of an action plan for the correction of defects.

Adeyeye further disclosed that the nonchalant disposition of the concerned companies compounded their cases, as they allegedly never made any attempt to address the issues raised nor communicated with the agency.

She said the initial audit conducted by the agency early 2019 had identified 15 companies producing drugs in substandard facilities, adding that after an enlightenment workshop for their management teams, nine of the companies braced up and commenced action plans to improve, while the conditions of the remaining six deteriorated beyond measures

“The defaulters were notified in the early 2019 to submit a plan of action within 30 days targeted at addressing non-conformance observed during the nationwide audit of all manufacturers in 2018/2019. There was no response from the companies.  Fifteen companies fell into the category.

“In order to understand how to address the non-conformance, NAFDAC conducted a training in mid-2019.  The plan of action was to demonstrate their commitment to Good Manufacturing Practice (GMP) corrective and preventive actions (CAPA) on both capital intensive and non-capital-intensive deficiencies.

“The main issue was that the defaulting companies did not acknowledge nor respond to the official notification issued to them, despite the fact that all manufacturers were trained on how to address the non-conformances. Recently, in September 2020, the 15 companies were re-inspected to assess their effort at addressing the previously observed deficiencies only to discover further decline into non-compliance in the six companies, hence the agency was left with no option than to close down the facilities until they are ready to meet extant requirements”, she narrated.

Speaking on why the concerned companies were not exonerated, based on financial inadequacies, the NAFDAC DG averred that several companies had financial incapability and over 100 manufacturers had inspectional non-conformances for which most of them raised a plan of action and NAFDAC is working along with them to ensure they meet minimum requirements.

“However, these six manufacturers were comfortable in their old ways of doing things hoping that the drive for GMP compliance by NAFDAC will be relaxed after a while.

“This nonchalant attitude and negligence resulted in unwholesome practices, leading to their closure. All manufacturers were sensitised on the availability of Federal Government intervention funds from CBN to assist the health sector, especially for local pharma manufacturers to upgrade their facilities and meet GMP requirements.  Their participation to access the funds is through their umbrella body, PMGMAN. For the companies that remained recalcitrant, measures were taken to enforce compliance hence the shutdown”, she stated.

In a related development, the Pharmaceutical Manufacturers Group of the Manufacturers Association of Nigeria (PMGMAN) has distanced itself from the defaulting manufacturing companies, saying the health of the nation is more important than sentiments.

PMGMAN Chairman, Pharm. Fidelis Ayebae in a telephone interview with Pharmanews, said he has no sympathy for affected companies because pharmaceutical business is a serious business with lots of implications.

“NAFDAC has the right to close down any company that fails to comply with GMP guidelines. That is why I may not be sympathetic with pharma companies which fail to go by GMP rules”, he stressed.