As part of  efforts to reduce the incidence of cancer and its destructive impact on family life, the Association of Lady Pharmacists (ALPs), Lagos State Chapter has organised a sensitisation programme for traditional birth attendants in Lagos.

While delivering the keynote address, Pharm. (Chief) Morohundiya noted that cancer had become a serious challenge to the human race, adding that according to the World Health Organisation (WHO), about 24.6 million people live with cancer worldwide while about 12.5 per cent of all death is attributable to cancer.

According to her, statistics further estimates that over 100,000 Nigerians are diagnosed with cancer yearly, while about 80,000 die from the disease. Breaking the figures down further, she said about 240 Nigerians are affected by the epidemic daily, with about 10 dying every hour.

She also noted that the country’s cancer death ratio of 4 in 5 affected persons is one of the worst in the world.

Pharm Morohundiya, who was the immediate past national chairman of ALPS further disclosed that cancers of the breast and of the cervix are the most common among women, adding that they are equally the leading cause of cancer deaths among women in the world.

She emphasised that the only way the daily loss of lives from cancer can be reduced or prevented is through enlightenment of the public on the causes of cancer and ways to detect it early.

While speaking on the reasons for poor management of cancer in Nigeria, the experienced pharmacist attributed the challenge to lack of necessary facilities in the hospitals, lack of access to healthcare services, shortage of health experts, illiteracy, poverty and lack of awareness.

“Most patients in the country present advanced conditions of the disease to the hospital, unlike in most developed countries where people present early cases of the disease,” she said.

She advised the public to “develop proper health seeking behaviours like having routine screenings for breast cancer and cervical cancer,” adding that “there is also an urgent need for the government to encourage a maintenance culture in the use of the available health care equipment in our hospitals so as to improve cancer treatment in the country.”

Also speaking at the event, Dr (Mrs) Adejumo of the Lagos State Primary Healthcare Board, lamented the prevalence of breast and cervical cancers among women, which she attributed to delayed presentation in the hospitals.

Dr Adejumo who narrated the sad story of how she lost her younger sister and her husband to breast cancer and cancer of the throat respectively in 2010 and 2012, noted that lumps observed in any part of the body could be prevented from degenerating into cancerous growths when patients report early for medical examinations and counselling.

She further counselled women to constantly involve their spouses in their regular breast examination, saying men on their part should not be hesitant in rendering necessary assistance.

“I want us to remove the predisposing factors that could lead to cancer; so we need proper education and awareness, so that we can collectively reduce the menace of cancer in our society,” she said.

In his contribution, Dr Omoseyindemi, former chairman, Lagos State Traditional Medicine Board, commended ALPS for organising the programme and for including traditional birth attendants (TBAs) in the state, saying that TBAs remain dependable allies in delivering health to the people of the rural areas of the state.

Omoseyindemi, who stressed the need for capacity development for the TBAs in order to meet the challenges of the Millennium Development Goals, explained that it became necessary to equip TBAs with knowledge and skills to give key messages on preventive and promotive health services and recognition of high risk conditions in order for them to make timely referrals when necessary.

He further noted that TBAs in the state have become models for those in other states of the federation as the board has made it mandatory for members to make constant and never-ending improvement their watchword.

“Presently, our members enjoy considerable social status within their local communities and play important roles in curative, preventive and rehabilitative measures of many diseases as well as in health education and promotion,” he said.

Earlier in her welcome address at the event, Pharm. (Mrs) Modupe Ologunagba, chairperson of ALPS, Lagos, hinted that the reason for the programme was to create additional avenue for acquainting the public with the vital roles of lady pharmacists in healthcare delivery and social developmental work, adding that the group was delighted to organise the programme for the Sensitization of TBAs in Lagos State on cancer.

“There is no gainsaying that ALPS is concerned about the increasing incidence of cancer in the country and it believes that prevention of cancer, which is cheaper than cure, emanates from early detection which requires proactive measures.

“It is in this regard therefore that ALPS decided to organise the sensitisation and awareness programme with the traditional birth attendants in Lagos State,” she noted.

Reiterating the vision and mission of ALPS as an interest group of the PSN, she said the ultimate goal is the enhancement of public health, with special focus on women and children.

She listed the focus areas of ALPS-Lagos activities to include girl-child education, school moral campaigns, HIV counselling and testing (HCT), charity visits and activities, environmental health and hygiene, as well as advocacy for rational drug use. 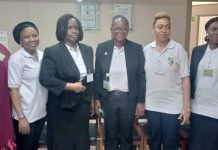 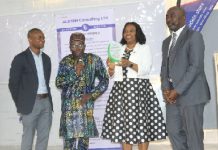 Pharmacists in Academia Charged to Revisit the Basics 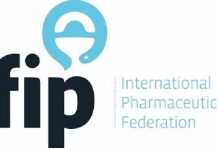