In an interview with the State Chairman, Comrade. Julius Awojide, revealed that they are calling off the strike as the Congress meets by 12 noon on Monday.

According to him: “Congress will meet by 12 noon to decide on the continuation of the strike, as the Lagos State Government has promised to meet all our demands. We have been having series of meetings with the government representatives since Saturday, and majority of the issues raised have been met, while we will give room for implementation”.

Asked on how long it will take government to implement their demands, Awojide noted that some of the promises to the demands have been placed on timeline, “so we are going to abide by the timelines as stipulated by the government”.

Although fillers from some nurses show that a per cent of the nurses are not in support of shelfing the strike as they are looking forward to immediate responses, rather than a prolonged response.

” More than 496 out of 2350 nurses in the employ of  Lagos State Health Service Commission left between 2019 and 2021 and with less than 15 per cent due to statutory retirement.

“Out of the 500 vacancies approved for recruitment by the Lagos State Governor for the Health Service Commission recently, less than 300 applied. This is a country with 33.2 per cent unemployment rate. It is certain far much less would actually take the job. LASUTH experienced the same fate in its own recruitment and it will be same for the Primary Healthcare Board when it starts its recruitment”. they asserted.

READ
COVID-19: We Are Fully in the Phase of Personal Responsibility- Sanwo-Olu

The Lagos NANNM Chairman, Mr Toba Odumosu, also attested to the fact that the strike will be effective as planned on Monday,  but will be called off after the Congress same day.

“The strike will commence on Monday as planned irrespective of the meeting with the state government. There is no way we can stop the strike this evening (Sunday). We need a congress to call it off and we can’t do that until Monday,” Odumosu noted. 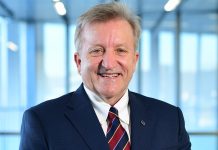 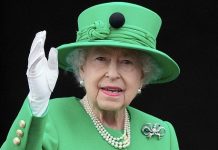