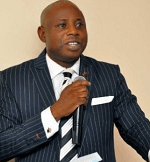 “Competence goes beyond words. It’s the leader’s ability to say it, plan it, and do it in such a way that others know that you know how and know that they want to follow you”- John C. Maxwell

David William Moyes is a distinguished Scottish professional football coach and former player. His illustrious career spanned a period of about four decades, first as a player with different clubs, then as a coach, and most recently as a manager of some of the highly regarded clubs in Europe.

As a player, Moyes made over 540 league appearances as a centre half in a career that began with Celtic where he won a Championship medal. He also played for Cambridge United, Bristol City, Shrewsbury Town, and Dunfermline Athletic, before ending his playing career with Preston North End.

He became a coach at Preston and later worked his way to becoming the club’s manager in 1998. He won the League Two Championship in his first year as manager and his profile rose rapidly. He was picked up by a Premier League Club, Everton, as manager in 2002. At Everton, Moyes’ performance was extraordinary as under him, the club qualified for the third round of the UEFA Champions League in 2005 and reached the 2009 FA Cup final.  Besides, Everton remained a potential winner of the Premier League.

For all of his 12-year reign at Everton, Moyes did not win the Premier League title but he kept the club as a serious contender for the crown. In May 2013, he was appointed manager of Manchester United, the most successful Club in the Premier League history. And the ‘cookie crumbled’ for David William Moyes.

He spent only 10 months out of his six-year contract at Manchester United as the club wobbled from one defeat to the other. Following consecutive 0-3 home defeats against Liverpool and Manchester City, a ‘FLYPAST’ was staged by United fans, with the banner displaying ‘WRONG ONE – MOYES OUT’ in seven-foot lettering during a home match against Aston Villa in March 2014.

READ
How superintendent pharmacists can improve pharmacy practice in Nigeria

What went wrong? Why was David Moyes’ stay at Manchester United Club such a monumental disaster? My opinion is that he was promoted above his competence. He is a great and talented guy with a track record of achievements at a Division 2 and middle level Premier League clubs. He should have been allowed to consolidate himself at Everton and, at least, win the league title before being catapulted to Manchester United, where I think he was overwhelmed by the gargantuan task of keeping up with the outstanding success of his predecessor, Sir Alex Fergusson.

Unfortunately, since that misadventure, the two parties involved are yet to recover and fully regain their pre-engagement positions. Manchester United has engaged about three coaches after Moyes but they are yet to reach the pre-Moyes height set by Sir Alex Ferguson, while David Moyes has moved to Real Sociedad in Spain and back to England, with Sunderland, all disaster outings without regaining his Everton-day success level.

In ‘Peter Principle’ (a management concept theory published in 1969 by Laurence J. Peter), it was noted that there is a ‘strong temptation for people to use what has worked before, even when this might have not been appropriate for the current position’. Whoever recommended David Moyes for the Manchester United job must have used his record at Everton without considering if his competency level can handle the task at a much bigger club.

In analysing his theory further, Dr Peter stated that ‘an employee’s inability to fulfil the requirements of a given position to which he is promoted may not be the result of general incompetence on the part of the employee as much as it is due to the fact that the position simply requires different skills than those that the employee actually possesses’.

A further discussion on the principle will show that an ‘excellent employee’ may be inevitably promoted to the point where the employee’s performance is no longer excellent, or even satisfactory. I have witnessed many cases of very good employees who had performed very well in their previous job positions as executors of plans but failed woefully when they were wrongly or hastily promoted to the higher post of policy formulators. In the two cases witnessed in the early stages of my career, these employees were fired from their positions.

I have often wondered why the immediate past president of the Federal Republic of Nigeria, Dr Goodluck Azikiwe Ebele Jonathan, was considered suitable for the job at the time he was elevated to the presidency. Apart from the political consideration by the powerbrokers to have someone from the minority tribes at the pinnacle of power base in Nigeria, could there have been other competency issues involved? Could these competency issues have weighed heavily in favour of his choice versus other minority tribe contenders like Dr Peter Odili or Donald Duke?

I have my doubt that this was done in any systematic manner. Dr Jonathan rose rapidly, as recorded in ‘Wikipedia’, from being an education inspector, lecturer, environmental protection officer, deputy governor, governor, vice-president and later president of the Federal Republic of Nigeria. It was the latter position that showed that he had been promoted far above his competency level. Like David Moyes, he was and he is still considered a good person but an incompetent president.

As President, he completely forgot himself and the nation and allowed corruption to flourish, so much that The Economist described him as one ‘who let politicians and their cronies fill their pockets with impunity’. Till date, Nigeria and Nigerians are still counting the cost of the monumental disaster that the immediate past administration represented.

READ
The beautiful use of power

For sure, there are many other public administration appointments in which people were elevated above their competency level. There is the case of Dr Patrick Akpobolokemi, the erstwhile Director-General of the Nigerian Maritime Administration and Safety Agency (NIMASA), who was a lecturer at Niger Delta University in Bayelsa State before his elevation to the exalted position of the DG, NIMASA. Certainly and according to ‘Peter Principle’, he was promoted into incompetence which was largely on display throughout his tenure. From reports and current revelations published in the newspapers, Dr Akpobolokemi seemed either not to know what his duties were or he simply adopted stealing as his only job at NIMASA and he appeared to be so much in a hurry to do so.

How will Nigeria move forward if we continue to have people in offices that they are barely qualified to hold? Have we considered what position Nigeria would have been by now if we had had the right people in the position of power? When are we going to have competent people in charge of our ministries and agencies at both the federal and state levels? What if our successive presidents had been in the league of Lee Kuan Yew of Singapore or other notable visionary leaders recorded in history worldwide?

What if our governors had been competent super-performers and not showmen and political warriors as we have now nationwide? What is next for Nigeria in terms of management of her abundant human and material resources? Perhaps, this is the time to appeal to those who are in position to nominate, recommend or appoint people into offices to, please, in the interest of the nation, consider the competencies of the individuals that they are about to nominate, recommend or appoint into offices. Let the nation and the individuals concerned ‘leave David Moyes at Everton’!