The name ‘“locust bean”’ is synonymous with the ancient African aromatic seasoning that is highly cherished by West African women for the preparation of different native delicacies. Beyond this, however, different studies have confirmed that the locust bean tree possesses antihypertensive, anti-diabetic, antibacterial and anti-inflammatory properties, as well as phytochemicals, for the benefit of the human system.

In a study conducted by researchers from the Department of Microbiology, Federal University of Technology, Yola, Nigeria, titled: “In vitro antibacterial activity of Parkia biglobosa (Jacq.) root bark extract against some microorganisms associated with urinary tract infections”, it was found that the root bark of the plant contains a lot of glycosides and tannins, appreciable amounts of saponins and traces of alkaloids. The presence of such bioactive compounds has been linked to antibacterial activities, while offering some protection to the plant against microbial infections.

The researchers – El-Mahmood, A. M. and Ameh , J. M. also found that the  seeds of the locust bean were  rich in proteins and amino acids and some simple sugars, lactose and maltose, justifying the use of in the treatment of snake bites, diabetes, fever and infections caused by some susceptible pathogens.

The herbal practitioner, who has done extensive work on various plants, said the locust bean tree is so useful to man that, all the parts – leaves, bark, fruit, pulp, and seeds-are essential for human consumption and treatment of different ailments.

Botanically known as Parkia Biglobosa, the locust bean tree is a perennial deciduous tree mainly found in Africa, which grows between 7-20 metres high or more, with thick dark greyish-brown bark. Found in the Atlantic coast in Senegal, Southern Sudan and Uganda, it is also found in natural communities where cultivation is semi-permanent. Shariff noted that the tree contributes significantly to trade at local and regional levels in West Africa.

The tree has pods containing what is known as locust bean. Shariff said that Nigeria is estimated to produce about 200,000 tons of these per year.  Each pod contains about 30 seeds.

According to the study cited earlier, the nutritional and protective potential of P. biglobosa seeds was assessed  through the comparative evaluation of the proximate, functional, minerals, and antinutrient composition of the fermented, defatted, and protein isolate of the seeds as part of exploration into its antidiabetic mechanisms. It has been established that proximate composition is an important criterion to determine the nutritional values and quality of food. “ 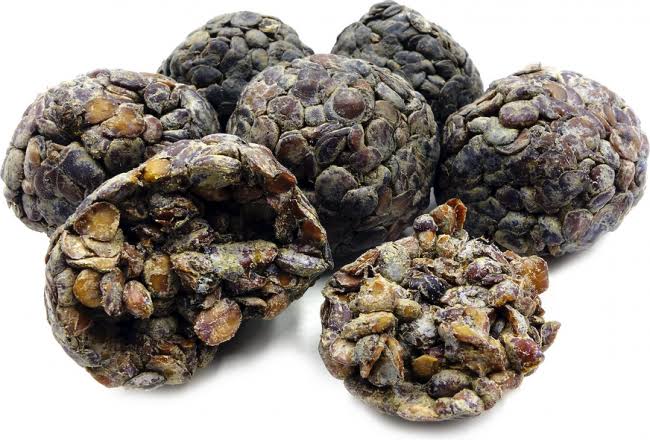 The researchers further maintained that dietary proteins play important role in natural synthesis and maintenance of body tissues, enzymes, and hormones as well as other substances required for healthy functioning. The protein isolate also contain higher ash content when compared to the fermented and defatted counterparts. Generally, high ash content is an indication that the protein isolate contains abundant mineral content

Other health benefits include:

For domestic uses, Pharm. Shariff made the following recommendations: