At a time when the economy of the nation is in a depressing state, with the health sector, in particular, in doldrums, it was indeed heartwarming when the federal government announced that it had disbursed the sum of 5.5 billion dollars to the 36 states and Abuja for the implementation of the “Save One Million Lives” (SOML) programme – with the goal of strengthening the capacity of the nation’s hospitals to save vulnerable lives.

Minister of Health, Prof. Isaac Adewole, while speaking at the opening of the 59th National Council of Health meeting held in Umuahia, Abia State, from 23 to 24 January, said that the states and the Federal Capital Territory received 1.5 million dollars each from the fund.

Adewole stated that the one–off initial investment grant was disbursed last July to serve as an initial pump to drive delivery of SOML indicators and enable states to address legacy issues, adding that the programme seeks to catalyse change in the way healthcare is implemented by focusing on result and governance.

While noting that the ultimate aim of the initiative is to improve the quality of lives of mothers and children, the health minister assured that his ministry would ensure judicious utilisation of the funds, as enshrined in the programme implementation manual. He also stressed that the Buhari administration would ensure probity, accountability and transparency in the use of the funds given to the states.

Ordinarily, any measure aimed at enhancing the provision of quality healthcare to women and children should be applauded because Nigeria’s health statistics in terms of reproductive, maternal, new born and child health is still very unflattering and a far cry from the global target, despite some progress made by the nation in recent times to improve maternal and child care. The health minister himself recently confirmed that Nigeria’s present maternal mortality ratio of 576 per 100,000 live births from the 2013 National Demographic Health Survey (NDHS) is a far cry from the 2030 global target, which is 70 per 100,000 live births.

We are worried, however, that over six months after SOML was launched, nothing much has changed in the nation’s healthcare delivery system; rather, the initiative seems to be going the way of other similar projects of the past that flourished in rhetoric of transformation, but floundered in tangible delivery. Interestingly, the present government was not the first to take up this initiative. The previous government of Goodluck Jonathan had first launched the initiative in October 2012, but having been allowed to go comatose, it had to be re-launched in July last year by the present government.

It is often said that “lightning does not strike twice in the same place”; in reality, however, failure can strike a project as many times as possible – as long as wrong methods continue to be applied. What this implies is that the SOML may have to be re-launched over and over again, if pragmatic steps are not taken to conscientiously pursue its laudable objectives to full actualisation.

Added to our concerns about the lacklustre performance of the SOML and its attendant consequence of continued needless loss of lives, is our consideration of the possible damage that such repeated flops may do to our image and reputation as a nation. World Bank is not just an active partner in this initiative but is actually its sole financier. The bank will definitely not hesitate to withdraw its support, once it concludes that there is no serious commitment on our part.

What is at stake, therefore, is not just our quest to reposition our healthcare delivery sector to save women and children from preventable deaths, but demonstrating that we can fulfill our partnership obligations and be credible enough to justify receiving the World Bank’s assistance which this initiative guarantees, which could amount to about 500 million dollars in the next four years.

We must also stress that beyond just disbursing money for programmes such as this initiative, it is also necessary to ensure that such programmes are in tandem with our broad health policy programmes. This is to maximise the positive outcomes and avoid duplication of efforts and waste of resources. This initiative, for instance, must be in line with programmes to be implemented under the Primary Health Care (PHC) scheme which is being revitalised, considering that a key component of the PHC is the reduction of maternal and infant mortality.

The Nigerian nation must therefore do all that is necessary to make the Save One Million Lives initiative a success because it can be instrumental in driving the change we need in the health sector and indeed save many Nigerian women and children from avoidable deaths. 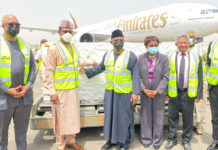