The seventh edition of the carnival-like Grand Health Bazaar (GHB) 2017, a 3-day cross-cutting multi-sectoral health exposition, organised by Livewell Initiative (LWI) has lived up to expectations, as people from various segments of the society thronged the Havilah Event Centre, Victoria Island, venue of this year event.

The event, which was the seventh in the series was held between 25 and 27, April 2017 and had in attendance, hundreds of participants including over fifty prominent companies, conglomerates and over seventy Livewell Initiative officials and medical personnel.

The Grand Health Bazaar 2017, according to the organiser and chief executive officer, Livewell Initiative (LWI), Pharm. Bisi Bright was an event organised and designed to promote commerce and industry in different segments of the health sector, and as well brings together corporates and individuals in a multi-mixed setting under the fulcrum of healthcare.

She pointed out that the theme: “Creating shared value as an essential tool for enhanced corporate sustainability,” had succeeded in bringing high-profile keynote speakers from different organisations and they were able to enlighten and update attendees on new innovations in their va 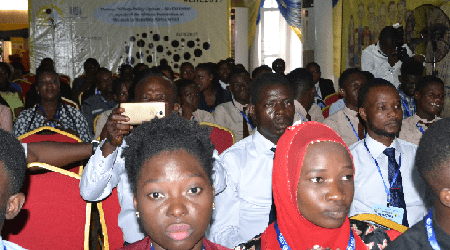 rious fields, including the prestigious Harvard University in Boston, USA.

According to her, the subthemes for the three-day summit were: Day 1, April 25: Retailers’ Day, ‘Retail crash in the economic downturn: a myth or reality?’ Day two, April 26: Maritime Day, ‘Floating production systems as a panacea to clean energy and safer Maritime Operations, and day three, April 27: Solid Minerals Day, ‘Extractive Industry as a powerful synergy to the predominant hydrocarbon sector in emerging economies’.

How to Start Up an Online Pharmacy in Nigeria