The ongoing cerebrospinal meningitis outbreak in Nigeria, which, so far, has killed over 800 people, has once again exposed the nation’s lack of preparedness for public health emergencies. It is saddening to note that the first case of the current outbreak actually occurred around November 2016 and, five months after, the nation is still grappling to curtail the spread, even after hundreds of people have died, with over 8,000 more suspected cases. This becomes even more appalling when one considers that this condition is vaccine-preventable and treatable.

The explanation of the Nigerian government that it was taken unawares by the outbreak is not just scandalous and self-implicating but also puerile, as investigations have shown that this is not the first time the current Type C meningitis will be recorded in the nation. In fact, a report published in The Guardian confirmed that the country first recorded the Type C strain of the disease way back in 2013.

READ
Building on the Gains of the 91st PSN Conference

Moreover, since it has long been established that climate change at certain periods in the country usually precipitates some health conditions, including meningitis, failure to prepare for such eventualities is totally inexcusable. For some northern states, in particular, meningitis is a condition that has very high chances of occurring annually because of the region’s mercurial climate; therefore, there can be no tenable reason not to have adequately prepared for it. 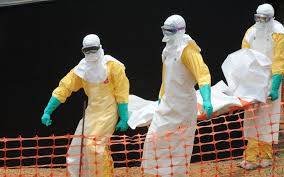 It must also be emphasised that one major reason why this deadly  Type C strain meningitis has quickly spread among  the   populace is because the country does not have enough doses of the Neisseria meningitis serogroup C (NmC) vaccine. This vaccine is usually procured through an arrangement with the World Health Organisation (WHO) because it is not commercially available like other vaccines.

The fact that the federal government eventually succeeded in bringing in more of this life-saving vaccine into the country and currently having it administered in the worst-hit states shows that the government prefers to be reactive, rather than proactive, in handling issues pertaining to health. Indeed, if stakeholders in the health industry had been foresighted and alert enough, this vaccine could have been procured before for this public health emergency and many lives could have been saved.

This is the time for both the government and all those saddled with safeguarding the health of Nigerians to rethink their approach to this sacrosanct duty. To start with, government at all levels must improve on healthcare funding. As has been repeatedly noted by concerned observers, the current budgetary allocation to healthcare in the country is too dismal to meet the health needs of the citizenry.

Beyond adequate funding however, we call on the Federal Ministry of Health and its health agencies like the National Centre for Disease Control (NCDC) and the National Primary Health Care Development Agencies (NPHCDA) to be more alive to their responsibilities of safeguarding the health of Nigerians.

These health agencies must be able to deliver on their mandates by taking the initiative to avert, rather than waiting to combat epidemic outbreaks. They must be able to preempt health issues and strategically plan for them.

Most importantly, we urge the federal government to consider putting machineries in place to ensure the commencement of local vaccines production, especially for common vaccine preventable conditions. A nation like Nigeria, with its huge population, cannot afford to perpetually depend on others for her health needs.