The Industrial Pharmacy Section (IPS) of the International Pharmaceutical Federation (FIP) has announced commencement of nominations for the IPS Medal Award 2021.

The Vice President, Dr Didier Mouliom, in a document made available to Pharmanewsonline, disclosed that the award is meant for industrial pharmacists or pharmaceutical scientists, whose contribution has significantly impacted the global pharmaceutical industry.

Urging interested pharmacists to submit nominations before 25 August 2021, Mouliom added that application forms should be sent with the nominee’s resume – which should not be more than three pages – to the email address: didier.moulion@gmail.com.

He further stressed that, to be considered for the award, eligible pharmacists must have demonstrated excellence in the practice of pharmaceutical sciences or pharmaceutical practice within an industrial (or related) environment.

He stated that FIP recognises individuals who have demonstrated a high level of achievement above that which might be expected in influencing industrial pharmacy developments beyond that of job responsibilities.

He said candidates must have also been role models for young pharmacists.

Apart from demonstrating leadership skills, Mouliom noted that candidates must have international recognition, as well as proven ability to build links with other branches of the profession which include community, hospital, information, and administrative pharmacy.

He also noted that, for the first time in history, a new strategy is being set for selecting the awardee. This, he said, will be by implementing a worldwide jury represented by all regions.

The vice president also said another IPS initiative is to engage all FIP Regional Committees, not only by submitting proposals, but also to join as a judge for the award to contribute towards the connection between science, research and education, which is FIP`s main strategic goal.

Applause as Prof Coker Retires after 37 Years in Service 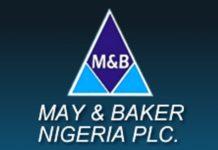