Organised begging has become a thriving industry in Nigeria, especially in major cities of the country, where there is a high population density. The idea is that the more people there are in a particular area, the higher the probability that some would easily part with some alms.

Unfortunately, most of these beggars and those who sympathise with them do not understand the grave health hazards associated with their activities. There are copious researches that have linked street begging to certain public health threats like unwanted pregnancies, drug abuse, sexual rights violation and disease transmission.

The foregoing was perhaps the reason Professor Peter Katchy called on the Anambra State government in 2018 to ban street begging. Katchy, in an interview with the News Agency of Nigeria (NAN), had bemoaned the influx of beggars into Anambra State, adding that some of the beggars carried contagious and terminal diseases, which could spell doom for them and the general public.

The Professor of Alternative Medicine also lamented the fact that these beggars “…defecate and take their baths in the open and sometimes on pedestrian walkways and on federal highways; these are the situations we have found ourselves today.”

In Lagos State, the situation is seriously getting out of hand, with scores of beggars sitting comfortably around major roundabouts, soliciting for alms and food. Some of them are nursing mothers and are exposing their innocent children to all sorts of environmental hazards. Both the rains and the scorching sun meet them there. Worse still, many of them, out of ignorance and illiteracy, are nursing different types of ailments but are not perturbed, as long as they continue feeding and receiving alms from compassionate members of the public.

READ
The Psycho-Therapeutic Power of Music

According to Professor Katchy, “I am not saying that people should stop being compassionate because that is a religious injunction but I am against these persons with disabilities, high levels of cancer, leukaemia and other diseases, who roam the streets to beg.”

This scenario does not augur well for the public health of residents in such areas, givien the ubiquity of microbes which can speedily move from place to place through the air. And to think that most of these beggars sit very close to refuse dumps is enough to call for the intervention of the local government authorities.

In Ikotun area of Lagos, the roundabout there has since become a permanent site for beggars, some of them displaying different types of sores on their legs to elicit sympathy from the public. That these sores have remained untreated for months and even years shows that we are dealing with many unresolved public health issues in Nigeria.

Some of these sores attract flies which feast on them and afterwards fly to other places where edibles are sold very close to the roundabout to infect them. You can imagine the health hazards the public would be grappling with, when they patronise food hawkers around that area. Sometimes, the refuse dumps in that area stay for up to three days before they are evacuated. In other words, these beggars live with these refuse dumps that harbour some of the dirtiest contagion of mother earth. Why would they not fall sick or harbour different ailments?

The following quote from B. C. DAS Gupta, from his article, Beggars, A Menace to Public Health captures the gory picture of the health implications of unrestrained public begging: “When foot-paths and open spaces serve as shelters and sleeping places, the filthy condition created through absence of sanitary facilities can be better imagined than described. Diseases of the intestines become rampant and they spread without check to others in the same locality through flies.

READ
Erectile Dysfunction and the Reign of Charlatans

“In spite of the fact that many of them live in open air, if a random survey were made of the beggars of all ages, it would not be surprising if a large percentage were found suffering from all stages of tuberculosis, due to malnutrition and insanitary living conditions. These beggars in turn become definite mobile sources of tuberculosis in the city and disseminate the disease by indiscriminate spitting. Unlike an ordinary house-holder, they do not seek hospital treatment, as confinement in an institution for any length of time would deprive them of the freedom of the trade.”

African governments must wake up to the realities of the 21st century. They should stop advertising poverty, disease and deprivation as tourist attractions. It is sad and shameful that foreign media agencies are now using images of our begging population as case studies of a failed society.

Narcoterrorism in the Nigerian Street Context 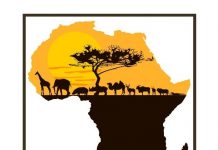 Insecurity and Heart Health in Africa