Professor Isa Marte Hussaini is the new commissioner of Higher Education Ministry, Borno State. He was among the commissioners newly appointed by Governor Babagana Umara Zulum and cleared by the Borno State House of Assembly, recently.

Hussaini bagged a bachelor’s degree in Pharmacy from Ahmadu Bello University, Zaria. He later obtained a master’s degree in Pharmacology from Chelsea College, University of London in 1983, after having earlier completed the compulsory one year National Youth Service at the General Hospital Kontogora, Niger State in 1981.

Hussaini received his doctorate degree (PhD) in Pharmacology from King’s College, London, in 1987 and in 1997, he received an MBA from Averett University, a private non-profit college in Danville, south-central Virginia, USA.

Hussaini’s flair for research soon took him away from the university to join the National Institute for Pharmaceutical Development (NIPRD), Abuja as chief research fellow. He was later appointed head of Department of Pharmaceutics and Pharmaceutical Technology.

As an international scholar and researcher, he was invited to join the University Of Virginia School Of Medicine as a research associate In the Department of Pathology. He served in that capacity for two years before he was appointed  in 1995 ad professor of research. After serving for five years in that capacity, he was appointed as visiting professor, Department of Pharmacology and Clinical Pharmacy, ABU Zaria.

READ
Pharm. (Mrs) Evelyn Osarhiemen Brambifa is our Personality of the Month

Hussaini, is a scientist with focus on the use of herbal plants in the treatment of cancer, and has made several presentations and findings locally and internationally on the subject. In recognition of his several findings and works, he has received numerous awards and fellowship to his merit.

He is a member of the Society for Neuroscience; American Association for Cancer Research (AACR); and the Pharmaceutical Society of Nigeria, to mention but a few. 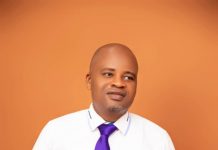 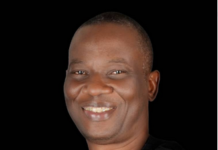