A Non-Governmental Organisation (NGO), Project Pink Blue, says that cancer awareness in rural communities should be encouraged for early detection, prevention and treatment.

Project Pink Blue, is an NGO with particular focus on cancer awareness and prevention.

The group’s Executive Director, Runcie Chidebe, told the News Agency of Nigeria (NAN) in Abuja that to reduce the rate of cancer in the country, awareness needed to be created in rural communities as well.

According to Chidebe, the only way we can create the needed awareness on cancer in rural communities is for government to establish a National Cancer Awareness Programme like it did with HIV and AIDS intervention.

“Immediately any woman arrives in any health care facility for ante-natal, she should be mandated to do breast and cervical cancer screening, men could also use the opportunity for their prostrate screening,’’ he said. 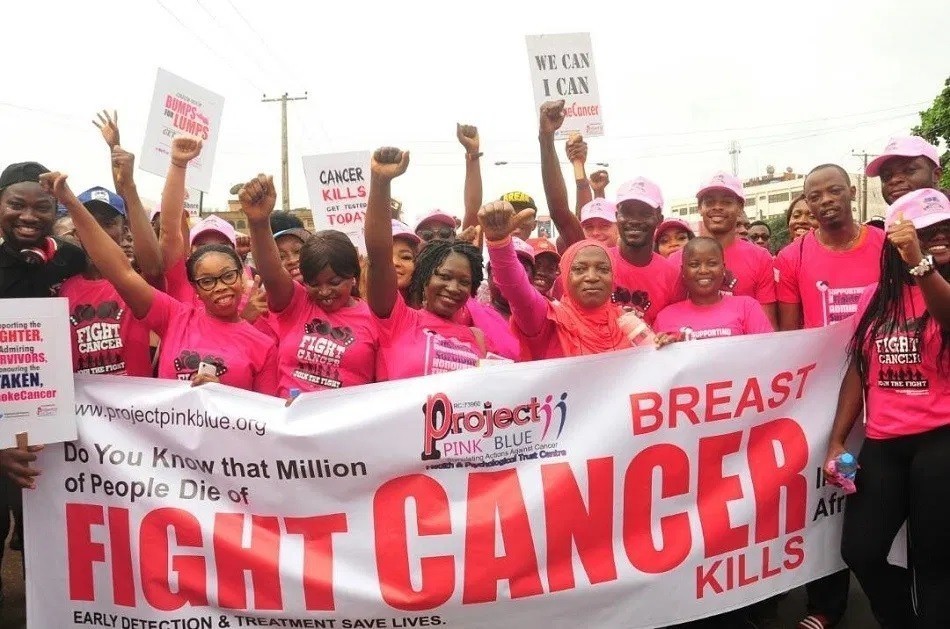 Chidebe debunked the belief in some quarters that cancer diagnosis was death sentence.

He noted that cancer was treatable if detected early.

Speaking with residents in some rural communities in the Federal Capital Territory, FCT, NAN gathered that many of them had little or no knowledge of cancer.

Sarah Olasunmi, a resident of Kabusa community, said she heard of cancer before but was unaware of the causes nor how to prevent it.

READ
What seeds are you sowing

Charity Joseph of Apo, said that all she knew of breast cancer was that it killed women who had it.

she confessed that she never knew that one could screen regularly to know if one had it.

Victoria David a resident of Kuje, however, said she heard about screening but didn’t know where to go for it.

she urged government to sensitise rural communities on places to go for screening as well as prevention strategies.

The Nigeria National Cancer Control Plan 2018-2022, says cancer is responsible for 72,000 deaths in Nigeria every year, with an estimated 102,000 new cases of cancer annually.(NAN)