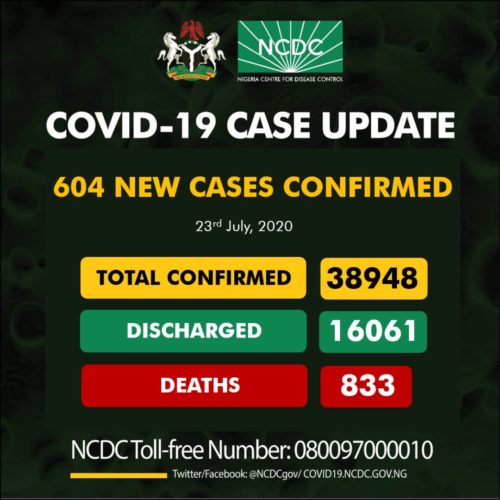 Nigeria has confirmed almost 39000 of the dreaded respiratory infection, with a total of 38948 confirmed cases.

This is coming as the Nigeria Centre for Disease Control, NCDC recorded 604 new cases of COVID-19 on Wednesday 23 July, 2020.

The health agency also recorded 20 deaths for the day, but explained that some previously unrecorded fatalities were summed up with it for that tally.

It noted that a multi-sectoral national emergency operations centre (EOC), activated at Level 3, continues to coordinate the national response activities.

” The 15 deaths reported for Lagos State on 23 July include previously unreported deaths”, it stated.