In continuation of our discussion on the natural properties of aloe vera from the last edition, other benefits of the plant include:

It also allows the free flow of blood through the veins and arteries, clearing them of small blood clots.

Aloe vera has been proven to stop the destructive action of many bacteria, such as Salmonella and Staphylococcus that produce pus. It also combats Escherichia coli, Streptococcus Faecalis, as well as being very effective against the fungus Candida albicans, etc.

Aloe is excellent in eliminating bacteria, as well as preventing infection when a greater than 75 per cent concentration is directly applied to the affected area.

Aloe fights viruses when used in a greater than 75 per cent concentration and applied directly to the virus. Aloe is very effective against the Trichomonas vaginalis strain of virus. Acemman (acetyl-mannose), a substance found in aloe vera has been very effective in combating certain viruses.  It is presently being injected to combat a certain type of Leukaemia and Fibrosarcomas in animals and being studied as an aid to AZT in fighting the HIV virus (AIDS).

Aloe acts as a fungicide when applied directly to the fungus.

Aloe possesses a hormone that accelerates the growth of new cells, while also eliminating the old ones.  Due to the presence of calcium in aloe, which regulates the amount of liquid in the cells, internal and external equilibrium is maintained. This creates healthy cells in all body tissues.

Aloe will be the weapon against skin cancer in the future, says Dr Faith Strickland of MD Anderson Cancer Centre at the University of Texas. She also asserts that aloe helps to protect the skin’s immune system from harm.

An important fact is that aloe contains 17 amino acids which the human body needs for the formation of proteins and tissues (proteins are networks formed by the combination of various amino acids).  In addition, it contains minerals like calcium, phosphorus, copper, iron, manganese, magnesium, potassium, and sodium; essential elements for metabolism and cellular operation.

Aloe helps to promote good metabolism; that is, the production of energy, which the body needs. Also, because it contains Vitamin C, it acts to stimulate and improve circulation and the proper function of the cardiovascular system.

Vitamin C is not produced by the body and therefore we must provide it externally. This vitamin is very important in the strengthening of the immune system, as well as the circulatory and digestive systems, and also plays a role in the prevention of a vast amount of illnesses.

Aloe contains a great number of enzymes. Some enzymes are produced by the body (pancreas) but others are not, and these need to be supplied to the body externally. In the digestive process, the enzymes transform proteins by breaking them down into their amino acids components, carbohydrates into sugars (glucose), and fats into fatty acids. The transformed elements are then absorbed by the intestine and passed on to the circulatory system.

One component of aloe, aloin, is used as a laxative. Aloin is extracted from the outer rind of the leaf. In gastrointestinal problems, aloe appears to slow down the emptying of the stomach and to inhibit the release of excess hydrochloric acid and the enzyme pepsin.

We recommend you start taking aloe with a low dose, that is, one or two tablespoons a day, and see how your body responds. You can then increase this quantity, if necessary.

Aloe penetrates deeply and restores lost liquids. It also repairs damaged tissue from the inside out, burns and sunburns.

Aloe contains 18 of the 23 amino acids (building blocks of proteins) that the body needs to form cells and tissues. It also contains enzymes necessary to breaking down carbohydrates, fats and proteins in the stomach and intestine.

Aloe contains a large variety of vitamins like B1, B5, B6, B12, A and C. And as already mentioned, it contains minerals like calcium, phosphorus, copper, iron, magnesium, manganese, potassium and sodium.

Aloe is a natural cleanser due to the oils it contains. On the other hand, due to the presence of proteolitic enzymes, it destroys dead tissues, thus cleaning wounds.

Mrs Chima Ejimofor is the Lead Partner of Infinite Health Consult, and is available for health and wellness products, seminars and talks. She is based in Lagos, Nigeria. Telephone/WhatsApp: 07033179632, email: infinitehealthconsult@gmail.com

How to Defuse The Prostate Bomb 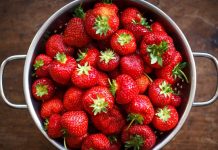