In what would be tagged the first of its kind is a campaign against rape held by the Institute of Nursing Research (INR-FCNSWZ), Nigeria in Ekiti state earlier November this year.

The programme tagged “THE MENACE OF RAPE: THE PROFESSIONALS’ PERSPECTIVES” was held at Ekiti State University Teaching Hospital School of Nursing Auditorium on 9th November, 2016.

The campaign was flagged off with a rally on the streets of Ado-Ekiti with songs and placards that revealed utmost displeasure against this hydra-headed monster – Rape! This was followed by a training on the prevention and management of rape. 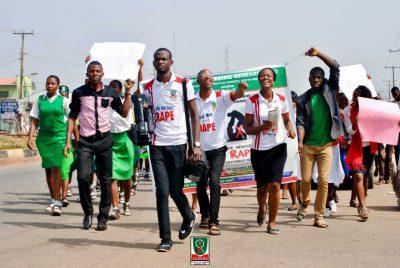 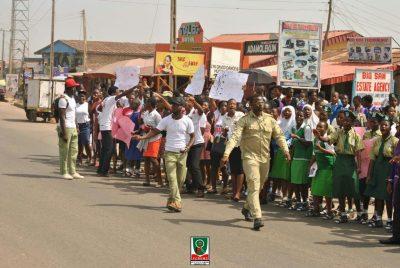 The communiqué issued by the Institute of Nursing Research (INR-FCNSWZN) after the programme states:

READ
Silva, Atueyi, Others Call For Collaboration Among Healthcare Professionals

Institute of Nursing Research can be of help and has constituted a team of professionals to attend to rape issues. Any victim that needs anyone to talk to or any form of assistance can call or chat with any of these numbers: 08037811768, 07033301600 or through email: inrfcnswzone@gmail.com

SAY NO TO RAPE!