Organisers of the annual Sir Ifeanyi Atueyi Inter-Pharmacy School Essay & Debate Competition have officially announced a change of date for the 2016 edition.

The literary contest which was originally scheduled to hold at Oduduwa Hall, Obafemi Awolowo University (OAU), Ile-Ife on 21 October, has been postponed to 16 December.

According to Maryam Bajepade, editor-in-chief of Pharmaceutical Association of Nigeria Students (PANS), OAU Branch, the postponement was necessitated by the recent strike action in the institution.

“The strike lasted for more than a month. Consequently, the original 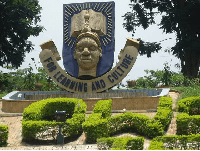 date coincided with the designated examination date of the new academic calendar,” she explained.

Bajepade however assured that, despite the change of date, the event will be an intellectually stimulating one for all student pharmacists in Nigeria, with over 15 pharmacy schools expected to be in attendance.

Speaking further on the contest, she described it as “an innovative project aimed at honouring a pharmacy icon who has done so much to aid the progress of the pharmacy profession in Nigeria.”

It would be recalled that the first two editions of the annual inter-pharmacy school competition were hosted at the faculty of pharmacy, University of Benin (UNIBEN) in 2014 and 2015 respectively.

However, shortly before the 2015 edition, it was unanimously agreed that the school that eventually emerged winner should have the honour of hosting the next edition.

Debating on two topical issues – “Should Nigeria Practice Free Education?” and “Should Euthanasia be legalised in Nigeria?” – the debate team from faculty of pharmacy, Obafemi Awolowo University aptly named “The house of Magma” won the contest.

Online entries for the essay part of the 2016 edition  are currently being accepted from all pharmacy students. 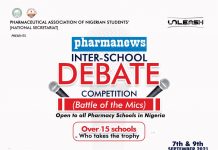 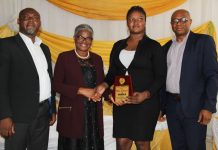