Pharm Margaret Obono, director of pharmacy and head of pharmacy department at the National Orthopaedic Hospital, Igbobi, Lagos (NOHIL) has been announced winner of the maiden edition of Pfizer Award for hospital and administrative pharmacists.

Reacting to the gesture in an interview with Pharmanews, the pharmacist noted that the recognition which came on the heel of the 2014 May & Baker Professional Service Award For Excellence, which she equally won, had made her realise that pharmacists are being watched by the society.

“With these awards, I am encouraged to do everything I can to improve pharmacy practice wherever I find myself in a position of leadership. I believe now that in a bid to practise the profession I love and have a passion for, recognitions can come,” she said.

While admitting that there was still a lot of work to be done to improve service delivery in hospital pharmacy, Obono called for total commitment from pharmacists.

She disclosed that as at the time of her winning the May and Baker Award, the ultra-modern Drug Revolving Fund (DRF)’s pharmacy building had just been completed.

“I felt fulfilled as head of pharmacy department that by the grace of God, the management of my institution accepted to plough the proceeds of the well–managed Drug Revolving Fund (DRF) scheme into putting up a building.

“This is a proof that it is possible to sustain the provision of drug needs in hospitals if the DRF Scheme is operated according to the guidelines,” she stated.

Assessing today’s pharmacy practice, the pharmacy director explained that the profession globally was advancing on a daily basis and better patient care services were being offered.

“We are not yet there but can get close with commitment. It is possible to offer global best pharmacy practice in Nigeria with regular updates and training. No hospital pharmacist should rely only on the first degree only to excel.

“The team I work with in NOHL that has contributed to this success is made up of pharmacists with either a second degree in clinical pharmacy or a fellowship of WAPCP. It is common knowledge among us that you either improve yourself or you are left behind,” she stressed. 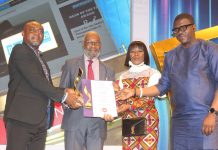 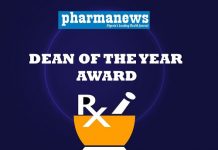 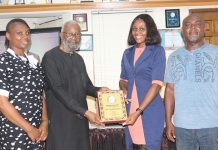