Pharm. Omoniyi Michael Ayodeji is chairman of the Association of Community Pharmacists of Nigeria (ACPN), Osun State Chapter. In this exclusive interview with Pharmanews, the outspoken and ever-smiling pharmacist speaks on the current challenges besetting Osun State health sector, including the ongoing doctors’ strike which he said has brought health care delivery in the state to its lowest ebb. “Baba Pharmacy” as he is fondly called also speaks on how community practice can be very lucrative, as well as his views on the chain pharmacy concept. Excerpts:

When did you establish your pharmacy and how was it at the beginning?

Famacare Pharmacy Limited was first establishhed in Ibadan, Oyo State, in 1997 but shut down operation temporarily in 2003 when I ventured into another area not related to Pharmacy because pharmacy business requires close professional and administrative supervision which I couldn’t guarantee at that time. However, I came back fully into community practice in 2010 and started my present premises in Osogbo in 2012. Although, in the first few months, it was not easy but with perseverance, hard work, commitment, dedication and the grace of God, we survived the trying period and presently, we are on the verge of breaking through.

How would you assess community pharmacy practice in Osun State?

The practice in the state is well above average. The problem is that the state is underserved, especially in the rural and semi-urban areas – even at a time when more people are beginning to appreciate the services rendered by community pharmacists. The lot of pharmacists would be improved if all health care professionals operate within their boundaries and all hospitals, be it private or public, where drugs are being dispensed, engage the services of pharmacists.

How lucrative is community pharmacy practice business in the state?

This has to do with many factors. If the premises is well-located and the business starts with a reasonable capital base, the business may bring some profit. We must also not lose sight of the fact that implementation and enforcement of relevant laws by the regulatory authority will also go a long way to make the practice lucrative. The superintendent pharmacist’s presence is also a factor, as patronage of a premises largely depends on the availability of the pharmacist on duty, since the awareness of his services is now on the increase.

Could you tell us some of the achievements and challenges of ACPN, Osun State, since you became the chairman?

At the risk of being immodest, there have been many achievements but I will restrict myself to a few that I consider very germane to the welfare of the community pharmacist and the health of the inhabitants of the state. Currently the state ACPN, in conjunction with Tuyil Pharmaceuticals, Ilorin, with some contribution from the Osun State chapter of the Pharmaceutical Society of Nigeria (PSN), sponsored a 13-week health–talk on Osun State Broadcasting Corporation on rational use of drugs, especially in the treatment of ailments that are common in the state. Our request to the state government on the need to exclude pharmacists from Thursday morning environmental sanitation was granted, along with that of the banks and filling stations.

Also, we maintain very good relations with all our regulatory and supervisory authorities to create a congenial atmosphere for our practice. The association, under my leadership, does not play with the welfare of members and considers aggression on one as aggression on all.

The chain pharmacy outlet is becoming more popular, how do you see this development?

From the question, you already know there are chain pharmacies with us – Healthplus, Medplus etc. However, my take on this is that the practice should be within the ambits of the law and the quality of pharmaceutical care should not be compromised. The regulatory authority will need to make sure that the operators comply with the existing rules and regulations guiding the practice. 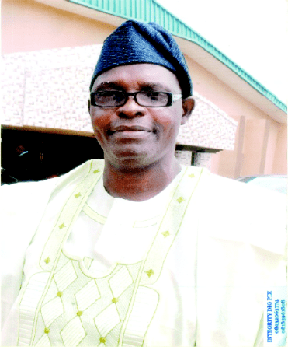 What can you say about current happenings in the health care sector in Osun State?

Currently doctors in the state service are on strike. Strike by health care workers, especially doctors, does not augur well for the well-being of the people of the state, especially the down-trodden and the fast-disappearing middle-class who cannot afford services rendered by private health facilities. The strike has brought health care delivery to its lowest ebb. The state government may need to act fast and, at the same time, create an enabling environment (through provision of drugs, equipment, amenities) for effective health care delivery.

As we speak, the stock level of drugs in the state is low. The free health programme could be restructured in such a way that drugs are always available, accessible and affordable. A comprehensive reform in the health sector is essential at this time.

A major challenge facing pharmacy profession in Nigeria is the problem of fake drugs. How can this challenge be surmounted?

Tackling fake drug requires a multifaceted approach. Chief amongst this is the issue of regulation and enforcement, which the National Agency for Food and Drugs Administration Control (NAFDAC), is charged with. Thus the organisation needs to be more strengthened in terms of logistics and qualified personnel who are well motivated to do the job.

Also, the deadline for implementing the National Drug Distribution Guidelines (NDDGs) has been shifted several times – now to August, 2017. If the guidelines are strictly enforced and open drug markets are permanently closed, we may have some respite. It requires a lot of will-power by those in authority for this to materialise.

Meanwhile, the National Assembly would be of help in amending some obsolete laws and adding some new ones as may be presented to them by the regulatory authorities. The aim is to make drug faking less attractive to fakers because of the enormity of the punishment that may be involved.

What’s your advice for pharmacists in Osun State?

We are all first and foremost pharmacists, whether old or young. I advise them to let their practices be solely guided by the rules and regulations governing community pharmacy practice in Nigeria. Knowledge is dynamic, and as such they should always update their professional knowledge through conferences, seminars, lectures, continuing education etc., for effective service delivery. This is one of those things that will stand them out of the maddening crowd. Old and experienced pharmacists should endeavour to mentor the young ones and the young ones should make themselves available and amenable to mentoring.