In agreement with the popular axiom that prevention is better than cure, Pharm. Obiageri Ikwu, a community pharmacist and managing director, Lopez Pharmacy and Stores, Lagos, recently conducted free medical screening for about 150 school children in Ojo, Amuwo Odofin area of Lagos.

The health campaign which was in collaboration with 21st Century Healthy Youths Initiative, a non-governmental organisation (NGO) featured a public lecture on malaria and other diseases, also had free deworming exercise for children, in commemoration of World Children Day 2021. 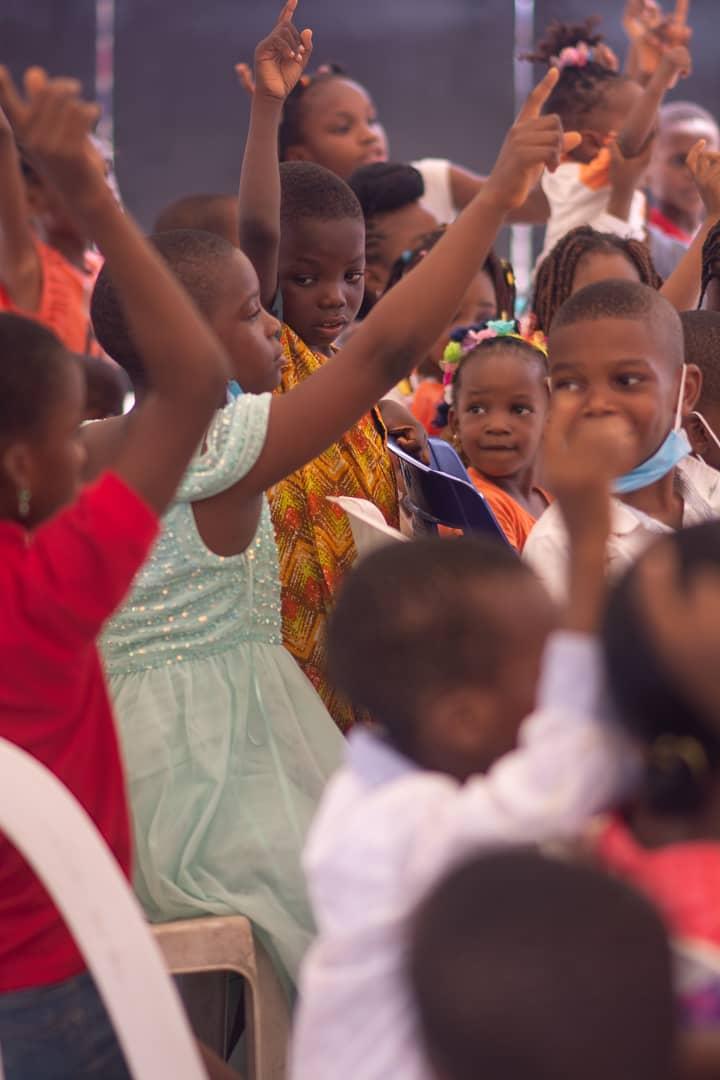 Children’s Day was first celebrated worldwide in October 1955, under the sponsorship of the International Union for Child Welfare in Geneva. First proclaimed by the United Nations General Assembly in 1954, it was established to encourage all countries to institute a day, firstly to promote mutual exchange and understanding among children and secondly to initiate action to benefit and promote the welfare of the world’s children. May 27 is traditionally the Children’s Holiday in Nigeria. First established by the United Nations in 1954, the day remains important in the lives of many Nigerian kids.

The free medical outreach according to Pharm. Ikwu was to deliver free healthcare services especially to children in the community with a strategic vision to protect them from the sicknesses that may impede their potentials.

She said in addition to the health benefits of the outreach,  it is also a means of giving back to the community where she practices, adding that most people cannot differentiate who the pharmacist is from the quacks.

“The children’s day programme also targeted at catching them young because medicine accessibility and availability were also key, so physical medical checkup was done for the children and parents were encouraged to bring their sick children for consultation”, she stated.

Speaking further at the programme which had in attendance close to 150 children, teachers, parents and healthcare personnel, Pharm. Ikwu, emphasized the importance of health screening, saying “as a community pharmacist with passion for public health enlightenment, it is my responsibility to bring healthcare closer to the people and inform them about their health”.

On the impacts of the programme on the children, the organiser noted that it was important to catch the children young so that as they grow, they get more information about their health and also tell the coming generations about it.

While citing funding as the major challenge of her project, Ikwu remarked that the joy she derives from her relationship with the children has been her motivating factor. “As community pharmacists, we are the first port of call in any community, and we should make it a duty to affect the community where we practise and this is exactly what I enjoy doing most,” she said.

Underscoring the importance of the intervention, Dr Ikechukwu Meberim, who was one of the facilitators noted that regular health screening is important to the body, adding that the organiser recognised the prime place of children in the survival of humanity, which is why it is collaborating with an NGO to boost their health as well as get them prepared for future roles and commitments.

A beneficiary, Mr Sunmonu Akanni, Solid Ultimate Academy, expressed gratitude to the organiser as well as applauded the initiative, which according to him is targeted at the future stars of the country.

“To say that I am happy is an understatement for this kind of programme should not come once in a while but should be on a regular basis because as they say, health is wealth. I really appreciate the kind gestures from the initiative for giving succour to us and I pray for good health and God’s protection always,” he prayed.