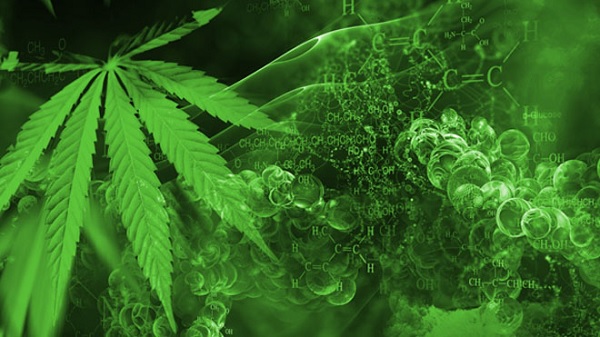 Defined simply as medicine based on plants, phytomedicine has played a largely complementary role to orthodox medicine in the management of both common and complicated disease conditions. In countries like India and China, it is a very popular branch of medicine that has become part of the national healthcare deliery system. Many families in these climes depend on medicinal plants for the management of common ailments. The Indian Ayurveda system of medicine depends largely on plants and can be seen as another aspect of phytomedicine, even though it also includes diet and yoga.

Data gathered from different parts of the world suggests that there are about 35, 000 plants species that are being used as medicines in the form of herbal therapies and recipes. Of these, researchers say about 20 per cent undergo the stage of phytochemical analysis, while 10 per cent reach the biological screening stage. The remaining require some level of exploration through the use of modern technologies.

Some of the most significant values of phytomedicine lie in the fact that plants can offer both prophylactic and therapeutic benefits. This has helped many families cope with the harsh economic implications of accessing modern healthcare. In India and most of Asia, as well as Africa, ailments like the common cold do not necessarily require visiting the hospital, as families cultivate gardens from where they harvest medicinal plants for their wellbeing. For instance, plants like ginger, garlic, turmeric, lemon and clove have shown remarkable promise in the prevention and treatment of flu and other common cold and feverish conditions.

The popular Chinese tea has become a much sought-after commodity all over the world, largely because of its therapeutic qualities. Known to be full of catechins, Chinese tea helps to speed up the fat-burning process. It also enhances muscle gain and increases muscle endurance in the process. The benefits of increased muscular endurance are many and include reduction in the risk of injury, increase in confidence and increase in physical abilities. It is therefore a good recipe for sports people and all those who wish to keep fit.

The leaves of Mangifera indica, a particular species of mango, have been used in healing practices like Ayurveda and traditional Chinese medicine for thousands of years. Although the stem, bark, leaves, roots, and fruit are likewise used in traditional medicine, the leaves in particular are believed to help treat diabetes and other health conditions.

In Nigeria, phytomedicine is becoming popular among families. Notwithstanding, experts have raised concerns bordering on dosage and administration, arguing that it is not enough for plants to be considered medicinal and consumed arbitrarily, bearing in mind the potential dangers inherent in the activities of charlatans who call themselves herbal medicine sellers.

There is no doubt that certain plants in Nigeria have offered therapeutic benefits to individuals and families. The problem is that people have the tendency to abuse the process. Thus, if medicinal plants must be included in a family’s health regimen it must be with the guidance of a nutritionist or a medical practitioner.

In the management of diabetes in Nigeria and other African countries, the bitter leaves of the neem tree have been found to show significant promise as they are loaded with flavonoids, triterpenoid, anti-viral compounds and glycosides which may help manage blood sugar levels.

The management of sickle cell in Nigeria recorded a major breakthrough with the discovery of the therapeutic power of the edible pigeon pea (Cajanus Cajan) by the late G.I. Ekeke of the University of Port Harcourt. Interestingly, Neimeth International Pharmaceuticals took up that research and developed it into Ciklavit which is one of the most important medicines for sickle cell disorder today.

The benefits of bitter leaf which grows in many homes in Nigeria are numerous and have inspired a lot of scientific research. Farombi and Owoeye, in their 2011 scholarly article, Antioxidative and Chemopreventive Properties of Vernonia Amygdalina and Garcinia Biflavonoid observed that: “Vernonia amygdalina, commonly known as bitter leaf, is a shrub that grows up to 3 meters high in the African tropics and other parts of Africa, particularly, Nigeria, Cameroon and Zimbabawe. It is reputed to have several health benefits. The organic fraction extracts of the plant was shown to possess cytotoxic effects towards human carcinoma cells of the nasopharynx. It is effective against amoebic dysentery, gastrointestinal disorders, and has antimicrobial and antiparasitic activities.”

The contribution of phytomedicine to human health cannot be quantified in terms of benefits. Even the World Health Organisation is quite aware and appreciates the fact that plant-based medications are among the most sought-after primary healthcare for around 3.5 billion people across the globe and there are very strong indications that the demand for herbal remedies will continue to increase.

Realities of Pharma Manufacturing in Nigeria