In the May 25th 2008 edition of The Daily Mail in the United Kingdom (UK), it was reported that the soft drink giant, Coca-Cola is phasing out a controversial additive that has been linked to hyperactivity and causing damage to DNA. The chemical, Sodium Benzoate is used in stopping drinks from becoming mouldy.

By the end of 2006, several supermarket chains in the UK, including Asda, Sainsbury’s and Marks & Spencer’s would have acted on their decision to remove almost all artificial colourings, flavourings and Benzoate preservative from in-house brands of drinks and food products. This decision was motivated by concerns about the health of consumers given empirical evidence in published scientific literature. 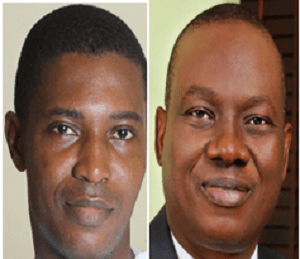 (NAFDAC) is the Nigerian equivalence is aware of the danger of mixing Ascorbic Acid, also known as Vitamin C with Benzoic Acid (or its salt, sodium benzoate). The mixture produces Benzene, a known carcinogen. The argument in its defense has always been that the quantity produced is very small, sometime measured in part per billion.

Between 2005 and 2007, the FDA discovered that some soft drinks contained Benzene above allowable level, many manufacturers of soft drinks since then have reformulated their products to reduce the amount of Benzoic Acid.

Benzoic acid (referred to as Benzoate as a salt) is a white, crystalline powder with faint, non-offensive odour. It is used in fizzy drinks, pancake syrup, lemon juice, mouth washes cosmetics and several other food and drink products as preservative. It occurs naturally in apples and cranberries. It is also used in industrial settings to manufacture a variety of products including perfumes, dyes, topical medications and insect repellants. In general, benzoic acid and benzoates are considered safe when used in small quantities, however there are some situations in which they may be harmful.

Benzene which is carcinogenic, can be formed at very low levels (part per billion) in soft and fruit drinks containing both benzoic acid/benzoate and ascorbic acid (vitamin C). This reaction is catalyzed by heat, light and metal ions. Therefore, the environmental conditions of storage influence the quantity of Benzene produced. The amount of poisoning caused depends on the amount, route and length of time of exposure as well as age and pre-existing medical conditions of the consumers.

It is becoming obvious that, in the West, and even within Coca-Cola as an institution, there are concerns about the use of Benzoic acid /Benzoate as preservative in drinks. The climatic situation in Nigeria with high ambient temperature conduces to the formation of Benzene, when Vitamin C is present. The question is, if Coca-Cola is worried about Benzoate in its drinks in the west, why would it not give a thought to reformulating its products without, OR with much less Benzoates in Nigeria.

In the case involving the Lagos business man, Dr. Emmanuel Fajibi Adebo, A Lagos high court ordered that Nigerian Bottling Company (NBC), the Bottles of Coca-Cola drinks in Nigeria put a written warming on Fanta® and Sprite® bottles, stating that both drinks are poisonous when consumed along with Vitamin C. While it is unlikely that a mother downing a tablet with of vitamin C with Fanta will drop dead on the spot, or an infant being encouraged to take a medication (possibly containing vitamin C) with Sprite will visibly shrink, the state of knowledge of the art cannot unequivocally claim that Benzoic Acid is without risk as presently used to preserve drinks and food products.

The situation is not helped by the defense of NBC, expressed through its Legal, Public Affairs and Communications Director that the products are not meant for export and Benzoic Acid levels of 200mg/kg is below Nigerian regulatory limit of 250mg/kg. Much less than Codex Alimentarius Commission limit of 600mg/kg. Codex recently reduced the limit to 250mg/kg. Codex officials claim “the previous levels are still considered safe—they are just unnecessary”. “More work will be done over the next few years to see if the levels could be further adjusted”.

The judge, an indeed the general public have every reason to be outraged by the defense of NBC that the products are not produced for export, more so when in Europe, its principal is reformulating the same products to contain much less Benzoate. Chain supermarket are concerned enough to phase out Benzoate in their fruit and fizzy drinks. NAFDAC regulation also required, that all Marketing Authorization Holders for registered brands informs it of any safety concern developing with any component of their products. It will be interesting to know if NBC Nigeria informed NAFDAC of the decision of its principal to reformulate its products in Europe.

The continued use of Benzoates as preservative in drinks and other consumable is difficult to justify in light of the existence of other feasible alternatives and the concerns new knowledge have thrown up. This case begs the question, is NBC Negligent OR is NAFDAC just plain nonchalant.