The National Health Insurance Scheme (NHIS), has once again been placed on the spotlight, as one of the major healthcare teams in the country, Association of Community Pharmacists of Nigeria (ACPN), has faulted the operational guidelines of the scheme, especially as it relates  to drug prescription and dispensing, saying without proper pharmaceutical care, there is no totality of care.

Speaking at a Roundtable Discussion with HMOs in the country recently,  at its corporate head office in Ikeja, Lagos, the National Chairman, ACPN, Pharm. Wale  Oladigbolu noted that if a  hospital set up a pharmacy department and it’s not registered by the Pharmacist’s Council of Nigeria (PCN), it is not a pharmacy, even if it is being operated by a professional pharmacist, adding that HMOs should desist from patronising those who fail to fulfil the requirement, as patronising them amount to allowing them to commit illegality.

According to Oladigbolu, the patients who are supposed to be at the centre of the healthcare intervention are not getting enough care, as the scheme through its operational guideline has deprived the pharmacists of their prescription rights, adding that it is illegal when a pharmacist doesn’t fill the prescription form. “As pharmacists, we have the legal right to challenge every illegality under the NHIS, but we feel we should talk to the HMOs first, maybe we would achieve the desired result.”

The association which acknowledged  the place and role of the health insurance scheme in the national health space however noted that the NHIS when it started newly was well structured at the initial stage, but down the line, it started getting deteriorating, as pharmacists no longer get prescription right under the NHIS. As professionals, what we want is a robust system that guarantees the health of the public who are enrolled under the scheme.

While calling on the HMOs across the country to partner with the association, the ACPN boss noted that the objective of the health insurance is to make quality healthcare available to Nigerians at an affordable cost, adding that the community pharmacists have been doing that for ages and are poised to do more.

Speaking further, he said it will serve the interest of the HMOs as well as the general public, especially in the underserved areas if the partnership works. “We at ACPN can develop guidelines on how we can work together smoothly as partners, sacrifice and provide technology that links the primary healthcare providers with the HMOs, provide a technological interface that will make it a win-win situation for all.

While responding, Dr O. A. King, of Novo Health Africa, blamed the poor performance of the NHIS on the issue of pharmaceutical care on the overzealousness of some hospital owners and lack of gut by the scheme to make a scapegoat out of them.

“Our country is a disjointed venture, and it’s worrisome that an average hospital owner wants to be the all in all as one-third of those hospitals offering health insurance services does not have a registered pharmacy, and that has been the reason for the challenge we are now facing in the sector. So, we the HMOs are helpless in this regard, but ACPN should involve the government to ensure this is enforced. ”

Speaking in the same vein, Dr R.T. Olumide, of AIICO Multishield Limited, noted that NHIS should not be run like a competitor to the HMOs, but rather a regulatory body, adding that it should review some of its guidelines and should no longer see HMOs as dumping ground where things that are not meant to be covered is forced on them.

The duo of Dr Laleye O. A, of IVES Medicare and Mrs Aina Owolabi of Axa Mansard, noted that harmonising and proper regulation of activities of the HMOs will be of great advantage to the nation, adding that NHIS is basically meant to regulate and ensure that the HMOs are running smoothly, but it has turned itself to a competitor instead.

While promising to heed the call of ACPN, the HMOs on the ground, including Ives Medicare; Metrohealth; Redcare; Axa Mansard; Salusinest; Ultimate Health; Novo Health Africa; AIICO Multishield; Sunu Nigeria Limited; Wella Health; Hygeas, and others agreed to partner ACPN in other to reach the unreached and serve the underserved. 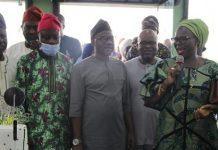 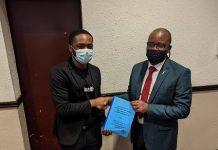 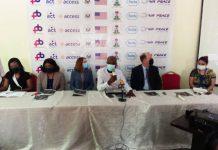