Researchers at the University of Queensland, and the German Centre for Neurodegenerative Diseases said natural compounds found in apples and other fruits may help to stimulate the production of new brain cells, which could boost brain health.

The team, headed by Tara Louise Walker, Ph.D, at the University of Queensland, and Gerd Kempermann, at the German Centre for Neurodegenerative diseases said apples are rich in antioxidants and an apple a day keeps the doctor away just as the old wives’ tale goes.

“The antioxidant in apple peel is called flavonoids, 3,5-dihydroxybenzoic acid and they are linked to increased nerve cell survival in the vital organ when injected into a mouse’s abdomen and not only do they activate precursor cell proliferation but also promote cell cycle exit, cellular survival, and neuronal differentiation,” Kempermann said.

Apart from being a source of energy, food is known to influence an individual’s overall fitness, the researchers noted. “A growing number of studies have demonstrated the health benefits of phytochemicals, the chemical substances found in plants. Other compounds in the flesh of an apple were also associated with the formation of new nerve cells in the brain”.

Given that apples are one of the most widely consumed fruits in the world, Walker, Kempermann and colleagues were interested to find out whether this fruit contains substances that might sustain or promote adult hippocampal neurogenesis. They first looked at quercetin, the most abundant flavonoid in apple peel, and then broadened the investigation to identify other pro-neurogenic factors in apples.

The researchers, in a findings published on yahoo.com injected the antioxidant quercetin, which is highly abundant in apple peel, into the abdomen of adult mice.

The team then focused on the rodents’ hippocampus, an area of the brain involved in learning and memory.

Results suggest the quercetin injection promoted the survival and differentiation of nerve cells, known as neurones, in the animals’ hippocampus.

Differentiation occurs when a cell changes its function as it divides, usually to become more specialised.

The scientists then administered the compound 3,5-dihydroxybenzoic acid, found in apple flesh. Neurogenesis describes how new neurones are formed in the brain.

Feeding the mice apple juice had no effect, however. This may have been due to the antioxidant levels being too low in the popular drink.

Further research is needed to know if these antioxidants have a similarly promising effect in other animals, including humans, according to the scientists. 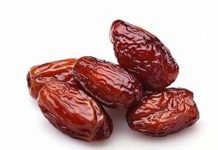 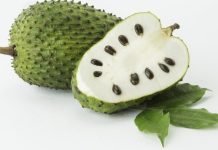