A meat scientist at the Institute of Agricultural Research and Training (IAR&T), Ibadan, Dr Isaiah Okere, has warned against the use of chemicals for the preservation of meats and food items.

Okere gave the warning in an interview with the News Agency of Nigeria on Monday in Ibadan.

He said that chemicals such as formaldehyde or its derivative Formalin used to preserve human corpses were sometimes used by some people to preserve meat and fish.

According to him, such chemical substances are known to be carcinogenic (can lead to cancer) affecting vital organs like the kidney, liver, and lungs.

He said that meat or fish preserved with Formaldehyde/Formalin could be easily identified as they were always stiff and odourless.

“To know fresh meats, one should examine the colour; red meat should be bright red, if it turns a bit purple, it’s still ok, but means it has been exposed to some oxygen.

“Ensure to press the meat firmly with your finger, if it springs back nicely, it is fresh, if not, it is most likely old because it is losing its firmness.

“Meat should never smell like bleach, ammonia, or anything foul,” he said.

He, however, said that with the erratic electricity supply situation, it was advisable to limit refrigerated storage to between two to three days.

“Freezing is a better option in the face of erratic supply of electricity and storage life can last longer (running into months) than that of the typical refrigerated storage.

“Meat can be vacuum-packaged (packaging free of oxygen), which extends the storage life under refrigerated conditions to approximately 100 days.

“Since vacuum packaging is free of oxygen, it minimises the oxidation of the unsaturated fatty acids and slows the development of rancid meat.

“Also, drying is another method of meat preservation, it removes moisture from meat products so that microorganisms cannot grow.

“Dry sausages and frozen-dried meat are examples of dried meats capable of being stored at room temperature without rapid spoilage,” he said.

He also said that the smoking of meat, as well as currying with a mixture containing salt and other natural preservatives, decreases the available moisture in the surface of meat products, preventing microbial growth and spoilage.

The meat scientist underscored the need to protect oneself by observing these precautions, adding that a good risk reduction measure, was to wash all food (meat) thoroughly under running water to wash off the contaminant.

“Meat should be cooked thoroughly before consumption because of temperatures of 75°C or above aid removal of formaldehyde.

“It is advisable to purchase meat and fish products when they are fresh and have the meaty or fishy smell characteristics,” he said.

Also, Dr. Mutiu Oladele-Bukola, a Veterinary Doctor at IAR&T, said that a slice of good meat would have a clear marble-like pattern and should feel slightly hard when cold.

“The colour of fresh meat should be bright red, the redder the meat, the fresher it is.

“If the meat is turning reddish-brown, that means it has been exposed to air for at least half an hour,” he said.

According to him, consumers determine quality meat as one with a desirable colour, firm texture, less drip, high marbling, and moderate visible fat with fresh meat smell.

“It’s therefore, highly recommended that consumers should watch out, buy and eat fresh meat for a healthier life,” he said. 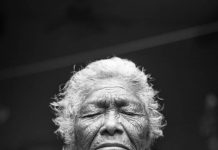 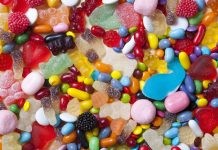 EU Bans Additive Used in Sweets and Cakes, Warns it Could Damage DNA