Researchers from the Universitat Politècnica de València in Spain have validated the benefits of cooked tomato sauce to the human gut, owing to its possession of a rich antioxidant called lycopene.

The Spanish scientists had embarked on a study to establish how digestion affected the antioxidants – substances which help protect cells from damage – in tomato sauce.

Findings from their study showed that tomatoes have a better probiotic effect in the gut when fried into a sauce, rather than when eaten raw.

The research, published in Journal of Functional Foods, and reported on Daily Mail Online, found that although a healthy bacteria in the gut prevents some antioxidants being absorbed from tomato sauce, but the sauce boosts the effectiveness of that same bacteria.

It was also stated by the researchers that tomatoes are considered particularly healthy partly because they contain the antioxidant lycopene, which is also what makes them red.

“This boosts the probiotic effect – encouraging the growth of healthy bacteria – of the tomato”, the study finds.

Other health benefits of tomato

Aside from its delicious taste, which has made it an ingredient in hundred of dishes, nutritionists on Daily Mail Online have listed other health benefits of tomatoes below: 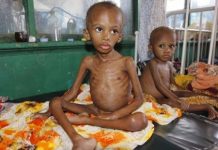