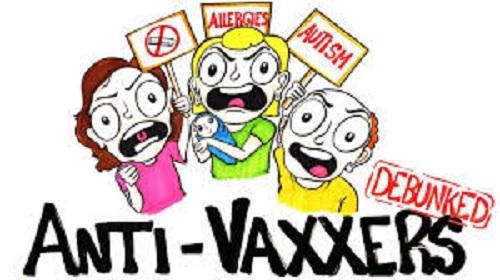 While the world has mostly focused its energy on battling the COVID-19 pandemic, a greater scourge has since emerged, with rumours of vaccinated persons falling ill or dying within few years of being vaccinated. There have also been rumours linking coronavirus vaccines with the “mark of the beast” (666), mentioned in the biblical book of Revelation.

Peddled principally by the so-called anti-vaxxers – people opposed to vaccination – these rumours are increasingly assuming more dangerous dimensions, with names of influential people being bandied as part of the anti-vaccine campaign. Just a few weeks back, social media users were sharing content that claimed philanthropist and Microsoft co-founder, Bill Gates, had called for the withdrawal of COVID-19 vaccines.

Unfortunately, as should be expected, such unfounded claims have continued to heighten vaccine hesitancy globally, as well as engendering apathy towards measures that are meant to curb the spread of the pandemic. Essentially, the deeper and more worrisome reality is that, except urgent steps are taken to combat the spread of such misinformation, the gains recorded in the fight against the coronavirus may be reversed, leading to devastating consequences.

This concern should even be more in sub-Saharan Africa, where vaccine doses are sparingly available and the anti-vaccine campaign has influential mouthpieces. Speaking recently with the media, Melissa Fleming, chief spokesperson for the United Nations High Commissioner for Refugees, noted that “Building vaccine confidence is an issue across the globe. What we’re really concerned about is that these pieces of misinformation that are created in the USA or in the UK, they’re traveling and finding some fertile ground in Africa as well.”

True to the concerns of Fleming and other experts, many Nigerians are believing the unfounded claims from anti-vaxxers and are even joining in spreading their videos and reports to their loved ones. Apparently, this is fast becoming a wildfire, and the government, the media and all other stakeholders must arise to combat the scourge.

As a proof that the challenge posed by anti-vaccine campaigners is one that must be taken seriously, some scientists and other health professionals who are supposed to educate the world on ways to win the war against COVID-19 are joining the dangerous school of thought that believes that the pandemic is actually a “plandemic” created to distort the social order of the world. They have continued a serious campaign aimed at dissuading people from accepting all the scientifically proven facts about the existence of the mutating virus.

A dimension of the lies being peddled by anti-vaxxers, which is fast gaining ground in a hyper religious society like Nigeria is the link to Satanism and the antichrist. Religious leaders have a lot to do in curtailing such misinformation. Thankfully, the Primate of The Church of Nigeria, Anglican Communion, Henry Ndukuba, took a commendable step in this regard recently. He announced in a statement: “Some people are peddling unfounded campaign against the COVID-19 vaccines; they suggest that anyone receiving the vaccine will receive the antichrist number 666. Let it be clear that COVID-19 is a virus that is ravaging the world and killing people.” We urge other religious leaders to likewise help in properly educating their followers.

As Richard Mihigo, coordinator of the Immunization and Vaccine Development Programme of the World Health Organization (WHO) Regional Office for Africa, recently said in an interview, “Anti-vaxxers in some Western countries are taking advantage of all the concerns about the adverse effects of vaccines. We need to address the spread of vaccine misinformation in Africa.” It is our view, therefore, that, considering the grave dangers that the misinformation from anti-vaccine campaigners pose to national and global health, the Federal Ministry of Health and other relevant agencies must put every measure in place – including severe sanctions against peddlers of misinformation – to fight against the raging scourge.

We also enjoin Nigerians to be skeptical about sources of their information; only information from credible media houses and government agencies must be taken seriously.