B    is a selective beta-blocker

D    may cause an increase in blood pressure

E    is indicated in urinary frequency 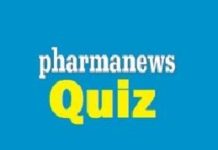 Correct statements concerning lidocaine include all of the following EXCEPT: