The scarcity of essential medicines and the consequent hike in their prices, started last year as a result of scarce foreign exchange. This has been recently exacerbated by the new government policy which compels importers of finished pharmaceutical products to pay 20 per cent duty on such products and has once again ignited a serious discourse on the need for Nigeria to reconsider its excessive dependence on imports for its drug needs.

It would be recalled that stakeholders in the pharmaceutical industry raised the alarm, late last year, of impending drug scarcity, arising from the difficulty faced by drug producing companies and drug importers to access needed foreign exchange. But, as if that was not enough, early this year, the Federal Ministry of Finance, through the Nigerian Customs Service (NCS), began the implementation of the 20 percent duty on imported pharmaceutical products.  The ministry’s directive was contained in a circular titled “Import Adjustment Tax.”

This policy is ostensibly aimed at discouraging importation and encouraging local manufacturing of drugs. However, while the government deserves commendation for seeking to support and encourage local manufacturers, we believe that the introduction of the new policy should have been done with more tactfulness, in accordance with glaring realities in the pharmaceutical sector and the country as a whole.

Nigeria presently depends on imports for about 70 per cent of its drug needs, meaning that, with the new policy, there will be proportional increases in prices of drugs. We must emphasise, however, that while this may not be surprising to  keen observers, the fact that Nigerians have  to pay more for medicines in this austere period, when people are more prone to illness, is an unfair burden. 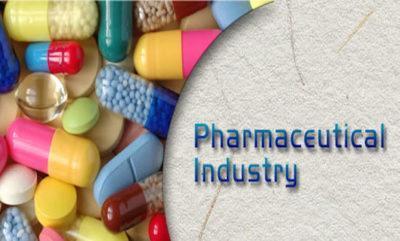 It must be noted that, until the commencement of this policy, importation of drugs to Nigeria attracted zero per cent duty, which was in tandem with ECOWAS position that drugs imported into the sub-continent should not attract duty, to ensure availability of quality, affordable drugs to the people. This was in consideration that there is a dearth of drug manufacturers in West Africa.

It must also be stated that there are some classes of medicines that, at present, have to be imported, as Nigeria cannot produce them, either due to patents restriction or as a result of technological limitations. To therefore impose a 20 per cent duty on all classes of imported medicines, this,to us, is ill-advised.

It is our view that policies aimed at enhancing local drug production should not be allowed to unwittingly cause drug scarcity or unaffordability – or, worse still, avoidable health complications, which may arise when patients cannot get the drugs they need.

We are equally concerned that the decision of the Nigerian government to blatantly violate the ECOWAS treaty on drugs coming to the sub-continent, to which it is a signatory, could have lasting implications. Indeed, such disrespect for international agreements must be discontinued as it does more harm than good.

It is our view that with appropriate policy initiatives, strategic government support and conducive business environment, local pharmaceutical manufacturers will, in no distant time, be able to meet most of the country’s drug needs through local production.

The implication of all this is that efforts to end the nation’s over-dependence on imported drugs must be a properly coordinated exercise that should include all stakeholders in the pharmaceutical and allied sectors.