There is an increasing global challenge of antimicrobial resistance, which hitherto has made some antibiotics ineffective for the treatment of infectious diseases, they were specifically designed to fight. Statistics have shown that the use of antibiotics save millions of lives each year by fighting off bacterial infections. They have been the backbone of medicine, yet many of us take them for granted. Achieving Universal Health Coverage (UHC) won’t be possible without paying close attention to this most pressing global health threat.

The world indeed has moved from a period of inevitable deaths from infections and undiscovered medication for strange infections to self-inflicted deaths from human greed. The consequences of antibiotics abuse helps to accelerate the level and spread of resistant bacteria. Increasing availability of antibiotics has also accelerated this alarming downside: The drugs losing their efficacy to kill the microbes they were created to conquer. Hard-wired to survive, many bacteria have evolved to outsmart the medications.

Drug abuse, especially abuse of codeine and tramadol, is one challenge that have threatens the future of the country. One major issue that is neglected in the fight against drug abuse in Nigeria is increasingly use of antibiotics as a form of contraception, cold and flu, every febrile illness tagged as typhoid, unconfirmed sexual transmitted disease (stds), and for every case of diarrhea with a simple overwhelming level of patronage from clients having no idea of the possible consequences.

In Nigeria, anyone can visit the Proprietary Patent Medicine Vendors (PPMVs), hawkers, small shopkeepers who provide on-the- spot diagnosis and treat anything with buying just a few tablets instead of the full course — not enough to vanquish an infection but enough to allow bacteria to mutate and gain resistance for their complaints ranging diarrhoea, pain, wounds, and at the slightest hint of a cough or cold.

If these people who don’t have a pharmacist’s degree nor a medical training by any means, can be taking advantage of the ignorance of others and doing their unethical business freely, then this signifies state failure, institutional malfunction or breakdown in regulatory and legal frameworks.

Another example is that of diarrhea, which is a viral infection, and would go on its own, but most Nigerians would rather take flagyl or the red and yellow capsule named as ‘system flushers’. What rather presents a precarious picture is the case of using antibiotics especially Ampiclox as a form of contraception or preventing STDs which is very rampant and poses a great danger to the users themselves, and it calls for increase in knowledge and awareness about sexual health.

The aftermath of all these is that an average citizen who is already resistant to common and affordable antibiotics ends up spending more in procuring expensive antibiotics to achieve the same result. Antimicrobial resistance increases the financial burden of healthcare, particularly in health systems where out-of-pocket payments predominate, like Nigeria.

We can’t effectively mitigate the growing problem of antibiotic abuse and resistance without dealing with lax oversight attitude of antibiotic use, non-compliance with prescribed dosage as well as duration of usage of the drug, choatic drug distribution network which calls for strong political

commitment at both national and the entire international community levels to curb the menace. In effect, it is therefore paramount for us to have a good drug distribution system that can guarantee safe, efficacious and affordable medicines across all levels of health care delivery in Nigeria.

Increased awareness and mass education on Antimicrobial Resistance (AMR), reduction in the excessive use of antimicrobial drugs, surveillance of AMR, placing a ban on the sale of antimicrobial prescription medicines as Over-the-Counter (OTC) drugs, massive changes–in the expectations and actions of patients, physicians, pharmacists, dispensers, the investments of pharmaceutical companies and the oversight of governments.

It is high time also, that physicians and their various associations insist on the use of blood or stool urine culture diagnosis in treating their patients and totally discountenancing Widal test for uniformity of practice.

Government should regulate and closely monitor PPMVs’ practices in order to avert the looming crises that will become inevitable if there are no potent antibiotics.

Thus, towards the World Antibiotic Awareness Week (18-24 November) and beyond, it is imperative for people to learn how to save their money, kidneys and liver. We must create, develop and sustain a distinct way forward and put a permanent stop to the mentality because we are quickly running out of treatment options and if we don’t get a handle on the problem, I fear for the future.

All hands must be on deck towards solving this problem.

Yusuf Hassan Wada is a Public Health Advocate and writes from Usmanu Danfodiyo University Sokoto. He can be reached at hasawa2011@gmail.com 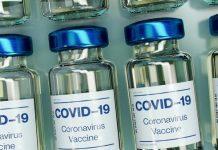