‘You are what you eat’, says a popular health truism, and this has been proven in many situations. Although nutritionists are averse to the term “super foods” as it tends to overrate a limited range of foods, but having a balanced diet and healthful lifestyle require more effort than having a range of foods.

It has been observed that many do not know the value of life and good health, and this made researchers embarked on the survey to know the healthiest country with the less or lesser death rate and it was concluded that the only countries with such records are Monaco, Japan, and Singapore.

However, for other countries of the world to attain such healthy height, experts have advised the consumption of healthy foods to nourish and keep citizens younger and refreshed. Below is the list of healthy foods to fight aging as compiled by experts on MedicalWorldToday:

Fresh soybean, have been a staple of Asian cuisine for ages, and are often sold in snacks packs, but they are also added in different kinds of dishes, though they are served as cooked and seasoned on own too. 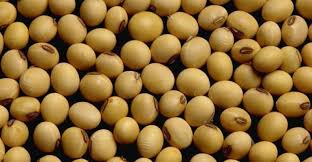 The beans are rich in isoflavones, a type of phytoestrogen- that is isoflavones are known to have anti-inflammatory, antioxidant, anti-cancer and antimicrobials properties. Experts have also found that “lifetime intake of soybeans has been linked to reduce risk of breast cancer”.

Similarly, tofu, a white cheese-like product made of soybean curds, has been linked to a wealth of health benefits for the same reasons. Tofu is often cooked in typical Eastern Asian dishes; it can be fried, baked or boiled (especially in soup).  Moreover, it is also rich in minerals, which our bodies need to keep our teeth and bones strong and healthy and to derive energy. Tofu is a source of calcium, iron, manganese, selenium, phosphorous, magnesium, zinc and copper.

Carrot is famously recommended for its high content of beta-carotene, a pigment – and carotenoid – that gives the widespread version of this root vegetable its colour.

Moreover, research has shown that foods rich in carotenoids – and, of course, carrots are prime example here- can carrot protect against age -related macular degeneration, the vision damage caused by old age.

Additionally, this type of fish is rich in the mineral selenium, which contributes to the health of the thyroid gland. The thyroid gland helps to regulate normal activity and is involved in metabolic processes.

Finally, citrus fruits are the unsung heroes of a healthful diet; these include a number of fruits that are now available worldwide, such as oranges, grapefruit, lemons, limes, clementine, mandarins, and tangerines.

For a long time, citrus fruits have been recommended by nutritionists and grandmothers alike for their high content of vitamin C, which has antioxidant properties, and is said to bring a wide array of health benefits, including to reduce inflammatory damage, and to fend off infections.

One recent study covered on MNT found that leafy greens, including some cruciferous vegetables such as kale and collard greens, helped to slow down cognitive decline. Consequently, the study researchers suggested that “adding a daily serving of green, leafy vegetables to your diet may be a simple way to foster your brain health.”