Turmeric is one of the popular spices from the rhizome or roots of the Curcuma plant. Although it has been used locally for the treating of wounds and as a spice in foods, various studies have validated turmeric as an anti-inflammatory, anticancer, anti- diabetes, immune booster, anti-hypertension, and so on.

While turmeric is native to South Asia, 78 percent of the global supply is grown in India. The major nutrient in the plant is called curcumin, which is responsible for its characteristic yellow colour.

Local and international herbal experts have recommended tea format as the best form of consumption of turmeric, due to its low bioavailability nature, which makes it difficult to be absorbed by the body.

To make a turmeric tea, a person can add ground, grated, or powdered turmeric to boiling water. Turmeric tea can be prepared from either pure 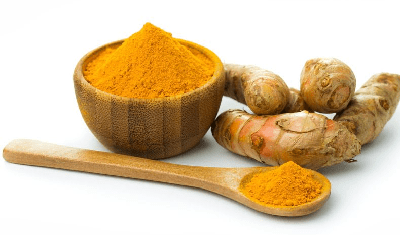 turmeric powder or grated or ground, dried turmeric. Fermented turmeric preparations, commonly sold as tea products, claim to have higher concentrations of biologically available or absorbable curcumin. Once your turmeric is grated and dried, you add 1 to 2 teaspoons in 4 cups of boiled water, allow to simmer for few minutes, strain the tea into a container and drink as preferred.

According to a report published on Medical News Today, there is no specific recommended daily intake of turmeric. Based on available research, the suggested daily intake depends largely on the condition it is being used to treat.

Below are nine health benefits of turmeric as supported by various, as reported on Medical News Today

As an anti-inflammatory, curcumin may help reduce the most prominent symptoms of arthritis.

A 2017 study found that out of 206 American adults with self-reported rheumatoid arthritis, 63 percent used non-vitamin supplements to manage their symptoms, with turmeric being the most popular product that was taken.

Curcumin has also been shown to act as an immune modulator, helping regulate immune cell function against cancer.

Several studies have shown curcumin to have beneficial heart health properties by acting as an antioxidant and anti-inflammatory.

A 2012 study found that taking 4 g per day of curcumin 3 days before and 5 days after coronary artery bypass grafting surgery, reduced the risk of acute myocardial infarction or heart attack by 17 percent.

One of the most clinically established therapeutic properties of curcumin is its anti-cancer action.

Furthermore, numerous studies have shown that curcumin has anti-tumor properties, limiting the growth of tumors and spread of cancerous cells.

According to a 2014 medical review, more than 2,000 articles have been published using the keywords “curcumin” and “cancer.” The use of curcumin as a cancer treatment alongside chemotherapy and radiation therapy is currently being investigated.

Curcumin has long been used in traditional medicines as a treatment for many digestive conditions.

Several studies have found that curcumin may help reduce the pain associated with IBS and improve the quality of life of those people with the condition.

A 2012 study in rats found that curcumin helped decrease the time it took for food to empty from the stomach to the small intestine, otherwise known as gastric emptying.

Studies have shown that curcumin may help reduce the chances of several neurodegenerative conditions. Its antioxidant and anti-inflammatory powers are thought to reduce cellular damage, inflammation, and amyloid deposits or plaques that occur with these conditions.

Curcumin may also be able to slow down or prevent some of the age-associated protein changes linked to neurodegeneration.

Several studies have shown that curcumin can protect against liver damage. Potential liver and gallbladder benefits of curcumin include increasing production of the digestive fluid bile while also protecting liver cells from damage from bile-associated chemicals.

Traditional medicines have used turmeric for diabetes for thousands of years. Several studies using animal and human models have shown that curcumin supplementation may have anti-diabetes properties.

Researchers suspect that the anti-inflammatory and antioxidant properties of curcumin may help reduce the symptoms of chronic or long-lasting lung conditions.

A 2017 medical review concluded that although the clinical evidence is limited, curcumin might help treat asthma, pulmonary and cystic fibrosis, lung cancer or injury, and chronic obstructive pulmonary disease (COPD).