The World Health Organisation (WHO) has supported, promoted and assisted the development of TM in a bid to move Africa health agenda forward, particularly for the less-developed countries of the world. This philosophy was reinforced at the Alma Ata Declaration of 1978 on Primary Health Care (PHC), which noted that majority of the developing countries of the world were unable to provide adequate healthcare delivery for their populations using conventional health facilities.

Since then, WHO, utilising several expert committees, policy decisions and resolutions, etc., has striven to provide guidelines that countries could adopt or adapt to develop their traditional (indigenous) systems of medicine, to improve their individual national health care delivery systems2.

The WHO regional committee for Africa adopted a resolution in year 2000, on promoting the Role of TM in health systems: a strategy for the African Region. This resolution recognised the importance and potentials of TM for the achievement of Health for All (HFA) in the African region, and recommended accelerated development of local production of TM. The resolution further urged member states to translate the strategy into realistic national TM policies, backed up with appropriate legislation and plans for specific interventions at national and local levels, and to collaborate actively with all partners in its implementation and evaluation.

African leaders further demonstrated their commitment to the development and promotion of TM through the resolution in Abuja, Nigeria (2001), encouraging member nations to make research in TM a priority.

The WHO developed a three-year (2002-2005) TM strategy with focus on promotion of policy issues, safety, efficacy, quality, inclusion, access and rational use of TM. This was aimed at reducing excess mortality, morbidity and disability, especially in poor and marginalised populations noting that TM is a highly accessible and affordable form of healthcare delivery in many low income countries.

Considering the immense contributions of TM to the healthcare delivery system in Africa, the AU, in collaboration with WHO-AFRO decided in 2003 in Maputo, Mozambique, to declare 31st August every year for the commemoration of African Traditional Medicine (ATM). The themes of the ATM days since inception are directed towards highlighting and addressing various specific issues and challenges in the development and promotion of TM. Examples are:

Traditional medicine: Our culture, our future in 2003 (maiden ATM day).

Since independence, the Federal Government of Nigeria (FGN) has initiated a number of activities aimed at developing and promoting TM, noting its indispensable role in improving healthcare delivery, job and wealth creation and national socio-economic growth and development. Such activities include:

FGN sponsoring a research programme on the medicinal properties of local herbs at the University of Ibadan in 1966.

Sending an official delegation on a fact-finding tour of India and China in 1977 to examine the systems of TM in these two countries with the aim of learning from their experience and developing indigenous TM.

The Federal Ministry of Health (FMoH) inaugurated a national committee on the training of Traditional Birth Attendants (TBAs) in 1978. The committee produced a national syllabus to be used by the various states in the federation to re-train and upgrade TBAs.

The Lagos State government set up a board of TM in 1980. The key mandate of the board was the accreditation attestation and registration of bona fide traditional healers. Similar boards were set up later in some other states of the federation.

The Nigeria Natural Medicine Development Agency (NNMDA) was established in 1997 by the Federal Ministry of Science and Technology (FMST) under the Science and Technology Act of 1980 and was charged with the responsibility to research and develop, collate and document, promote and preserve, provide education and training and services in Nigeria’s natural medicine defined as indigenous (traditional) health systems, medication and non-medication healing arts, science and technologies.

Nigeria’s Herbal Pharmacopeia was published in 20082.

Presidential Initiative Committee on Development, Promotion and Commercialisation of Nigerian Herbal Medicinal Products was inaugurated on 30th May, 2006.

The bill for Traditional Medicine Council of Nigeria was passed for third reading in 2017. 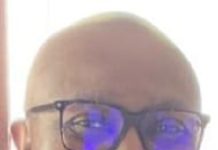 Why Pharmacists Should be Mostly Trained for Healthcare Systems – Ohia